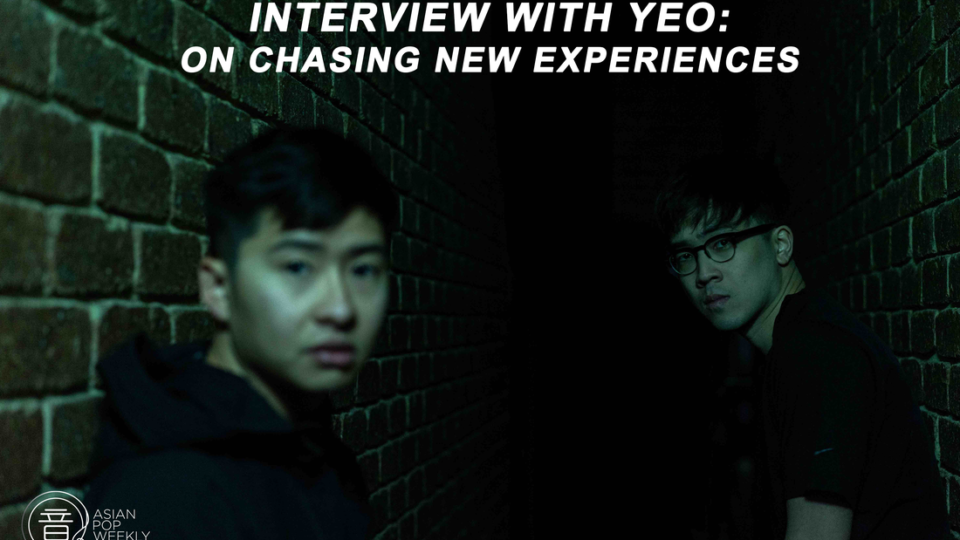 Malaysian-Australian artist Yeo is probably one of the most underrated acts to come out of the Australian music scene. A producer, singer-songwriter, DJ, music director, bassist and keytarist rolled into one, the jack of all trades has never been one to stay still musically, experimenting with everything from full-on country albums to electronic music, before settling into his current more R&B facing direction.

Over chicken rice and ice-cream (how all great conversations begin), we chatted about everything from our shared philosophies, growing up as a member of the Asian diaspora, and of course the veteran muso’s recent musical exploits. In particular, the introspective artist spoke at length about his latest R&B single ‘By Myself’, featuring Singaporean artist and long-time collaborator Charlie Lim.

From the first listen, I could tell that this collaboration between Yeo and Charlie went much deeper than just a vocal feature. Long-time collaborators with the purest kind of respect for each others’ craft, Yeo went deep sharing about Lim’s participation on the track and how it all came together.

​ “I kind of went through a little bit of a crisis and that was at the end of a long struggle with a back injury…so my physical health became good, then I had to deal with mental stuff. At that point in time, all my closest friends came through and was like, Hey, we’re still here for you. We’re not going anything…Also yeah, I made some pretty big mistakes and hurt a lot of people around me, and the people I hurt made a decision to support me through all the bullshit…Me and Charlie we live in different countries, we don’t connect as often as we’d like to. But eventually I came and saw him…and he was also really supportive as a friend. I guess I wrote the song about coming through that and reaching out to people, and I wrote his verse as well, the lyrics…and so I guess that’s how that song comes about.”’

An artist whose personal growth and experiences is closely mirrored by each forthcoming musical project, Yeo’s upcoming album ‘Recovery Channel’ is too marked by his explorations of the topic of recovery, both physical and mental.

“At the moment it’s called ‘Recovery Channel’. Like Discovery channel. Because I guess when I was writing the songs I was in a very deep mode of recovery…And if anything, with my music, it’s always been this way. I wanna help people as well.”

Helping people became a major theme that weaved its way through our conversation, and I was bowled over by the boundless empathy the singer-songwriter expressed on various issues we discussed. Yeo’s focus on social issues has increasingly come to the forefront in recent projects (see previous singles ‘The Comments’ and ‘Restless’), but the artist frankly admits that this hasn’t always been the case.

“I do think that there is a race problem in Australia. That’s evident in my music, I’ve never hidden that that’s what I think. Sorry, no that’s a lie. I’ve hidden it for a long time, and recently started not hiding it… I think there’s still a long way to go. Opportunities, it’s like, they’re there. But gee, we want to stop getting chosen just because we’re Chinese. We wanna be chosen ‘cause our music’s good. And like, when’s that gonna happen?…Until then, we’ll take what we can get and I’ll try and just help.”

Shining a light onto the less-than-ideal situation for People Of Colour musicians in Australia, Yeo’s perspectives are doom and gloom speckled with bits of hope where it really matters; a unique philosophy that comes through in his music too. A sense of productive cynicism perhaps? His music fuelled by a mix of discontent and an underlying, stoic belief that he can contribute to change, there’s something comforting in knowing that there are still artists like Yeo around.

From discussions of his recent tour to Ecuador, our shared perspectives of Singapore and Australia, and learning about my experiences in Greater China; the down-to-earth artist’s willingness to listen and openness to new experiences seems to be another reason he’s been able to move so quickly, be it between genres, places, or perspectives.

“I kind of want to start doing that kinda shit about once a year. Because I think it’s really important to see things …Put yourself out of your comfort zone. (Ecuador) was a little bit crazy. That the people I met there were like, I can’t believe you’re here. You met this one guy. He could have been a dickhead. But you trusted him. He booked you a bunch of shows, he COULD HAVE been scamming you…I don’t know. I’m proud of myself that I did. It is quite brave to rock up to a country with a keyboard and a laptop and just be like I’m here to play shows, I don’t know anything, I can’t even speak Spanish. I’m also bored in Australia…If I’m gonna play to an empty room, I’m gonna do it overseas.”

Bluntly but humorously put, the seasoned musician doesn’t shy away from the fact that his music currently appeals to more niche audiences that exist in hard-to-find pockets. But this situation doesn’t come without its advantages. The headstrong creative’s strong DIY ethic has given him the freedom to continue exploring, experimenting and chasing new experiences.

“Like going to South America…and absorbing all the things that they grew up with that is very different to what we grew up with. It’s exciting and really fun. And why wouldn’t you want to do that? I’m very privileged. It’s not cheap to travel that far. That being said, very proud of my career, and I’ve worked my fuckin’ arse off so I can do things like that.”

When it comes to the value game, it’s clear that Yeo has his priorities straight. Clearly it’s never been about the money for him, but it’s amazing how he’s managed to maintain his passion for music and truly find pleasure and meaning in the work he does. Always moving, never still, this guy’s always itching to try something new.

“I love music…I can’t see myself really doing much other than that… Because I’ve tried and I just go crazy. But I still get bored. In it…Sometimes, gee I’m writing the same song again. So boring. And so working with different people that you don’t normally work with, listening to music you don’t normally listen to, picking up new skills, just chasing new experiences in general. It’s so good for you.”

This philosophy is also part of the reason behind the artist’s increasing interest in exploring music scenes outside of Australia; in particular the Asian music scenes.

“The last two years, for some reason I made up my mind, I was like, I want to visit Asia more often. One because I am Asian. Two, because it would just be cool to play music there and see if anyone’s interested…but it’s just all part of that whole thing…we just wanna try some new shit, play around, see what else is out there.”

Unerringly honest and with no time to waste, these seem to be the redeeming qualities which have helped Yeo navigate the music scene without losing his passion for his vocation. Holding on steadfastly to his principles whilst throwing caution to the wind when it comes to new experiences, this peculiar balance has allowed him to continue innovating different ways of expressing himself; whilst maintaining his uniqueness.

Although this self-professed uncle thinks that his music no longer has a young sound, we still think that it retains a certain boyish charm. Be it in his stubborn ‘never-say-die’ attitude, or his purely altruistic hope for positive change; this combined with his technical maturity allows this one-in-a-million musician to sidestep boundaries and try new things in a way only he can. And to never stay still for long; especially when there’s work to be done and new experiences to be chased.

Yeo’s latest single ‘By Myself’ featuring Charlie Lim is now out on all major streaming platforms. Stay tuned to Yeo’s socials (Instagram & Facebook) for information on his upcoming album ‘Recovery Channel’.