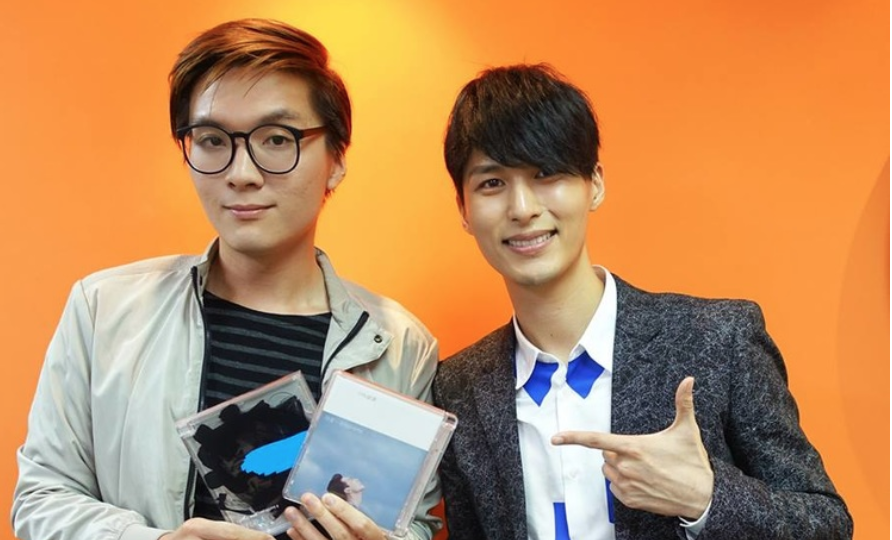 Interview with Yen-j 嚴爵 – Wising Up (Collaboration with Jamie Deer)

“A child’s blood-relations with you can never be broken. Money and all these material things when compared to it have no value, because such things last for a lifetime. All these other things are like clouds; with a gust of wind, they’ve blown away. So with this concept in mind, I wrote a lot of the songs in the “Thanksgiving” album, such as “Little Angel” and “You are my everything”, so on and so forth.”

When asked which of his two latest albums “Thanksgiving” and “Why?Art?” he liked better, his answer was fair, yet honest:

“Each of them is made of my own flesh, blood and tears. But I feel that Y6 is like the black sheep in a family. So my six albums are like my six children. Y6 represents the most strange one that needs the most care. So I feel that being able to let everyone hear Y6’s music makes me very happy. Because he is a part of me that I rarely take out and show everyone. I believe that everyone has a hidden side to them, and won’t show that off at every opportunity of performance or with first impressions bring it out. But since I’ve already been in the business for six years, bringing this side of me out for audiences is a good thing.”

I’ve been a huge fan of Yen-J since the start of his career, and creative as he may be, I’ve always wanted to see him push his limits as a creative type, producing fusions of sounds that were hard-hitting and critical, rather than his usual light-hearted and relaxing stuff. So in my opinion, this two-year break has done a world of good for the talented guy, allowing him to create music that was risky yet honest; supplying him with courage and the mental capacity to take on even greater challenges in his musical career. I for one, certainly look forward to what he’s going to do ​next.

Yen-J’s 5th and 6th albums “Thanksgiving” and “Why?Art?” are out now on iTunes and in stores.