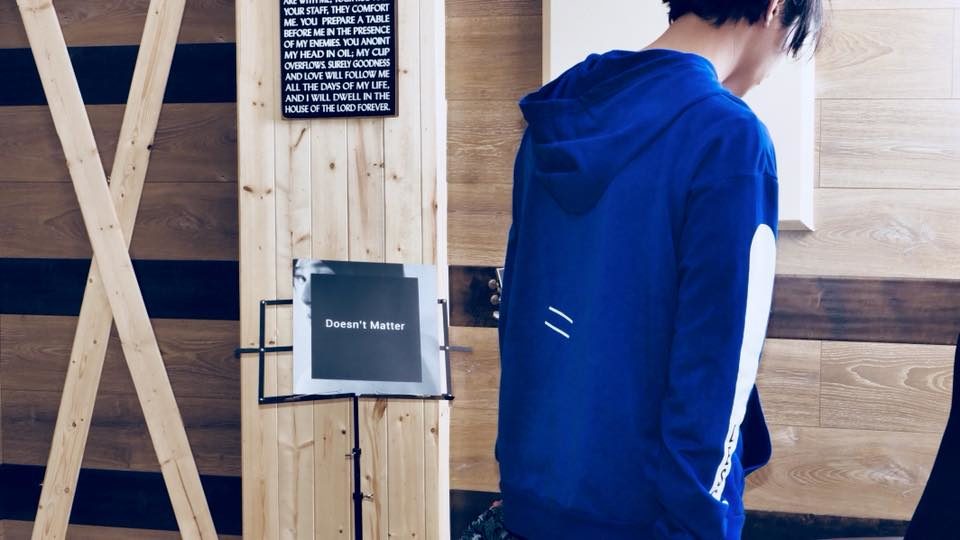 Interview with Yen-j 嚴爵: Thanks For Your Greatness (Pt.2) – A Future Full of Equal Egos & Good Music

Like I said, the party doesn’t stop here for Yen-j. Chatting with us about his latest album ‘Y7 Doesn’t Matter’ and his new fashion label Equal Ego, the future continues to be bright for the driven musician/entrepreneur and his upcoming endeavours. Audiences and wider press expressed their shock in a big way when he secretly released his final album Y7 Doesn’t Matter, but Yen-j reveals that the album’s sole purpose was to be an intimate way to say goodbye to loyal fans.

“Ya I didn’t really do any promotion for it (Y7), and only printed 423 copies. It’s for that niche I mentioned earlier; a close and personal way to say goodbye. We had two small venue concerts which I signed the CDs. That was that, this vinyl also marks the last of my “physical” music artworks. From now on everything will be online.”

A collaborative effort between Yen-j and his entire Song Design爵隊創作 team, Y7 Doesn’t Matter features a more avant-garde approach to Jazz fusion; drawing from the Hard-Bop genre popularized in the 1940s and incorporating elements of EDM. Focused on the concept of ‘thinking outside the box’ and bravely being yourself, the album hammers this point home through a consistent and oftentimes literal approach to the album’s music and visuals. Leaving his comfort zone and working closely with New York-based vocal act Bailen, he assures us that there is much more cross-cultural exploration to be done in his future musical exploits.

“Being back in the US, and in the center of the music industry mecca, I definitely am looking forward to collabs with talented new acts, and perhaps breaking into the DJ scene here.”

But other than the new album, what came as even more of a surprise was the reveal of Yen-j’s other big endeavour; the unveiling of his fashion brand Equal Ego. In fact, he shares that the calling was unexpected, even for him.

“Equal Ego was a calling. I’ve cared less for fashion and always depended on my personal stylist to dress my best over the years. And when I received this -for lack of a better description, message from heaven- I was actually terrified. I had no confidence that I could start a fashion line; I had zero experience with clothing design. Yet God lined up some of the best in the industry alongside me to help me out, miraculously. And I founded the company on faith, not on Ego. The purpose of this brand, is to let the blessed bless the poor. Let the people on the top of the pyramid overflow their blessings down to the very bottom of the social structure. Right now every season we give 50% of our earnings to orphanages in Taiwan. I will keep searching for areas of the society which could benefit from this brand.”

And for the fearless creative who would never be caught dead saying he regretted any of his musical endeavours, there is one thing he regrets not doing during his time in Taiwan’s entertainment industry:

“Well, if I knew anything about the birth of Equal Ego, I would’ve went back in time and asked my stylist what designer suits he was putting on me and for what reasons. Lol. ”

Now based back in the States and gearing up for the launch of his Equal Ego Taobao shop on the 23rd of April, Yen-j has been keeping himself busy with university courses while juggling projects for Equal Ego and Song Design, his music production company.

Yen-j also exclusively revealed that alongside the Taobao store unveiling for Equal Ego, the brand will also be releasing a new limited edition accessory which would give purchasers access to Equal Ego’s Summer Hip Hop party on the 7th of July.

But overall, fans should be glad to know that he’s doing well, and handling the change of direction smoothly. After all, Yen-j has met with many a hard decision in his pursuit of his dreams. In his first album Thanks For Your Greatness, he spoke extensively about quitting school and moving to Taipei alone, only to be met with doubt and uncertainty. Thus it would be more than fitting to get his advice on handling the inevitable crossroads of life.

“A crossroad is just your state of mind, it is temporary. The destination is everything. PURPOSE, get that first and you can take as many detours and crossroads and you will be fine. Like that old joke, ‘Why did the chicken cross the road? To get to the other side.’ Find your purpose above all. And for me, that really can’t be accomplished without knowing God.”

If not for that joke, I would almost have forgotten about Yen-j’s dark and oftentimes existential sense of humour. But this was just one of many reminders during our interview that the Yen-j we know and love is still the same. As he transitions towards a future in fashion design and new types of music, it’s good to know that some things never change.

In his capacity as an artist; Yen-j has influenced me and the scope of Asian Pop Weekly drastically. Be it his passion for creativity and innovation, his optimism or his big-picture approach to life; I strongly believe I am better for having been witness to his legacy. And if countless others feel the same way I do, then there is much to look forward to; both in terms of Yen-j’s future, and the future of the Mandarin pop scene. So in a sentiment that I know many others share; I’d like to say this to the artist whose music will stay with me for a long time to come: Thanks for your greatness, and here’s to much more greatness to come. ​

Read part 1 of our interview with Yen-j here.