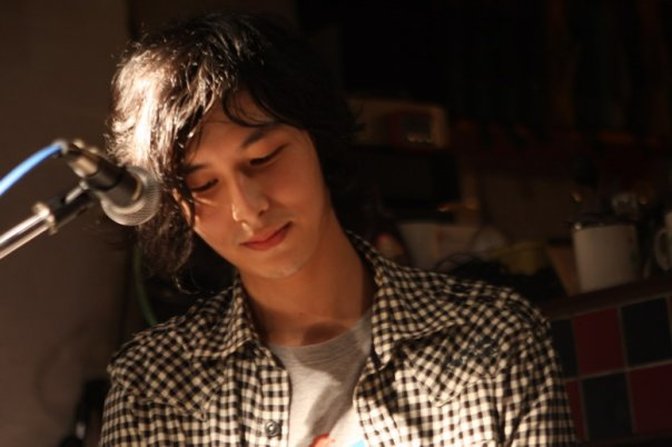 Interview with Yen-j 嚴爵: Thanks For Your Greatness (Pt.1) – Looking Back On A Decade Of Innovative Work In Mandopop

As a longtime Mandopop enthusiast, it’s not always easy keeping track of everything that’s happening on the scene. Yet creative wunderkind Yen-j has always been a constant on my playlists, ever since his debut as a fresh-faced 22 year-old in 2010.

Upon learning of this new artist whom I shared a birthday with, I instinctively dove headfirst into his first album ‘Thanks for your Greatness謝謝你的美好’, and emerged with an entirely new worldview on the possibilities that existed for the Mandarin pop scene. Debuting with a fresh new sound that focused on unearthing a different side to mainstream Jazz and mixing it with elements of pop, Yen-J certainly made a splash with his first album, rendering it an instant classic. (I even have a theory that the success of his release inspired the resurgence of Jazz-inspired pop music within Taiwan in the few years that followed, but that’s for another article.)

Despite getting his start as a Jazz-pop artist, the affable singer-songwriter was determined not to allow himself to be defined by any one genre; instead relentlessly pursuing a plethora of different sounds throughout his seven-album discography. Be it Jazz, Pop, Hip Hop, Folk, Rock, R&B, EDM, or Gospel, Yen-J has expressed his voracious appetite for creating music through his willingness to experiment.

Through countless permutations of fusions between these genres (and most likely more), the singer has quietly established his signature sound not necessarily through the use of particular instruments or arrangements, but through the sheer fearlessness with which he creates; his unique sense of creativity. The now 29 year-old divulged his secret to keeping his creative spark going, putting it all down to living your best life:

“My compositions have always been a reflection of my personal life: what intrigues my ears and what does not. In order for creativity to stay authentic and not sound phony or pretentious, at the end it’s not really a certain skill-set (although that does help with communication) or music theory; but instead it is the artists’ job to lead a life that interests him or herself; and that’s how you get a niche following. I was never a business molded singer nor a mega mainstream success. I had the privilege of working with B’In music, which too, cared for authenticity.”

Indeed, the talented artist and producer seems to be leading by example in this sense, after announcing last year that he would not be re-signing as an artist with B’in, and instead moving back to LA to pursue music behind-the-scenes and his interests in fashion design. He closed his artist-centric chapter with two tearful farewell concerts in the second half of 2017, however he assures fans that this will not be the last they’ve seen of Yen-j.

“A lot of this has been planned and talked about with my record label a couple years prior. I’m still a producer on the label and I will still compose for various projects; however, moving back to LA after primarily staying in Taipei for the past 10 years does feel like coming home.”

An apt statement given that Yen-j named his farewell concerts ‘Homecoming tours’, marking his return to his home base. But before delving into more detail about his future projects, it seemed only appropriate to take a trip down memory lane to commemorate the decade of work Yen-j has left with us within his capacity as a pop artist.

When asked which of his seven albums were his favourite, Yen-j gave an expectedly diplomatic response-that he couldn’t choose. But the reason behind his indecisiveness was far from anything I could have expected.

“To me, they are one, so I really can’t pick a favorite. My albums are simply the evolution of Y1, in other words, each album marks a birthday of the original album. So Y7 is actually just Y1 being seven years old. People go through phases, kids grow up, but we are not completely transformed into this other being. In many parts of Y7 (I’m talking about the vinyl with the full 10 songs) you can hear many elements that is reminiscent of songs in Y1. And in Y4 and Y5, you can hear EDM elements being introduced to the character, which leads to Y6 and Y7 which are DJ-heavy in concept and arrangement. So, they are one. They are me.”

​Although at first it seems too grandiose a concept to wrap ones’ head around, I am beginning to see patterns emerge. From the Jazz-pop masterpiece that was Yen-j’s first album ‘Thanks For Your Greatness’ came his second, ‘Yen-j Not Alone’ which incorporated the first’s ambitious undertaking of fusing Bebop with Pop (See works such as ‘Donna Lee’) while continuing to mark new territory with ventures into Soul (‘With Your Determination’) and British Rock (As If This Won’t Make Me Lonely).

While his third album; by far the most ballad -based seemed a little like a rest-stop for the indomitable singer, by his fourth (Good Lover) he was dipping his toes into the EDM genre, a trend which continued into his fifth, Thanksgiving.

On his sixth record Why? Art and seventh Doesn’t Matter , Yen-j seemed to have found his EDM niche through an interest in DJ-ing; as he incorporated his Jazz background more heavily into his music with elements of DJ-ing while ditching his ‘clean’ image for avant-garde themes and cultural critique.

And while we all have our favourite must-listen tracks from the wunderkind’s discography, so does he.

“I recommend ‘煙灰缸’, the opening track of Y6, and I recommend ‘沒有人能像你’ from Y7. If I were to describe my songs in relation to colors, these two were probably the most sophisticated musical paintings I had to make. And I enjoyed making them as much as listening to them myself. Both deliver a rich, I would say purple, blueish color, which contrasts deeply from my ordinary musical tone (which I’ll call olive green for imagination’s sake)”

Back to the bigger picture, Yen-j has certainly done well for himself in his decade within the pop music industry. After being nominated for ‘Best Newcomer’ at the prestigious Golden Melody Awards for his debut album, the music maven has released multiple chart-topping singles, picked up several accolades for his music, and in 2013 first set foot in the renowned Taipei Arena where he hosted his ‘Piano Man’ concert tour. Of the experience, Yen-j says “it felt like the end to a journey. And the beginning of the next one.”

​But accolades and achievements are not all that define the 29 year-old, who has grown and matured considerably during his decade within the industry. From a headstrong young man who once publicly declared that he hoped to sound like Stevie Wonder in 10 years’ time, he now waxes philosophical about the significance of art to our daily lives.

Yet before he closes the door on this chapter of his musical life, Yen-j has a few more words of wisdom for aspiring artists:

“In order to really be content on your journey, as an artist or as a whatever, first you need to know why you went on this journey in the first place. There are many new singers out there, from singing competitions and from the net, my advice to them too: If you don’t have a purpose in why you sing, (and to me money and fame is not an actual purpose, they are TOOLS for a purpose at best, they are actually more like DRUGS), I suggest taking time to explore that instead of starting a journey and going down a road that you might regret years later.”

It takes an enormous amount of self-awareness and dedication to know how to moderate ones’ involvement in the music and entertainment industries. As an industry that is built on the equilibrium between commercial success and musical integrity, artists and music professionals are often left troubled and conflicted over this sore point. So it makes sense that it would take a special person to dig deep and be able to successfully re-evaluate if this is the life they want; while keeping music as their first priority.

Although it might be sad to come to terms with the fact that Yen-j will no longer be releasing music in a format that I have become so familiar with over the last decade, it is comforting to know that this is not a goodbye forever; but a much-needed transition for an artist who has been such a big part of my musical journey over the last ten years. Now, it’s time for us to give back.

Read part 2 of our interview with Yen-j here.