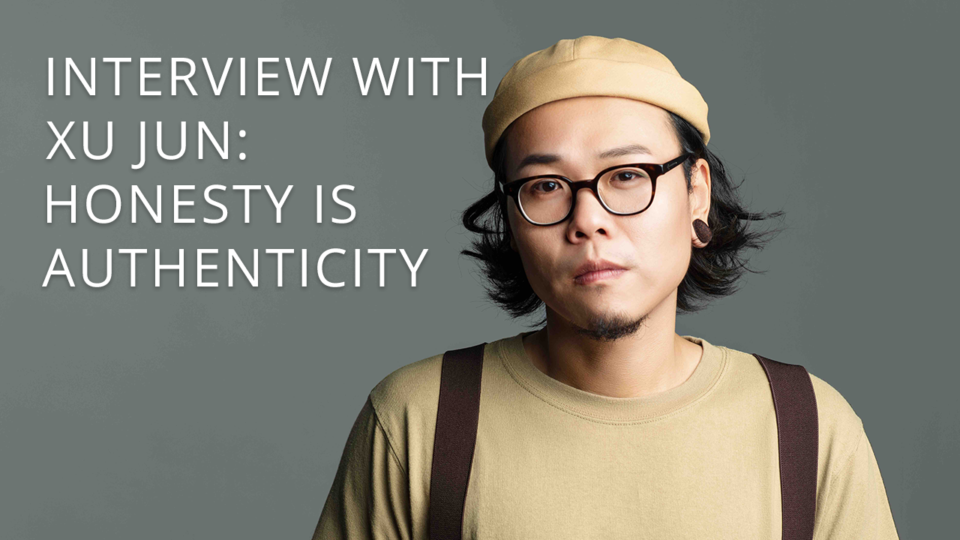 ​As this year slowly but surely comes to an end, in reflecting upon the trends and changes I’ve seen, it is clear that we are now living in the age of authenticity. While everyone strives to achieve this so-called authenticity; marketers and advertisers instead use this as a ploy against us. They encourage us to consume their products under the façade of owning a slice of something real to tether us to some form of reality in this confusing and ever-changing world. And the more we see this happening, the more disoriented we become; drifting aimlessly through spaces and time hoping to feel something. In the midst of this bleak circumstance, Chinese singer Xu Jun’s work is a rare grounding force.

The 30 year-old who found prominence in the second season of reality show ‘Song of China’ is not particularly emotive when he speaks in the traditional sense. Save for when he gets excited and his voice raises a semitone or so, Xu gives off a pragmatic, steady vibe, emitting a simple confidence that is not flighty nor intense. Rather, all misconceptions of how he might be as a person due to his background or affiliations disappear and are replaced with a human conversation with someone passionate about filtering authenticity through their music.

“I feel that in music or art, honesty is authenticity. That is, how you are as a person and what you put out in your music are very much interconnected. If I am this certain type of person, I would let my music and my life to be at the same pace.“

And Xu truly walks the talk than through his latest album “事實上我沒有名字 Untitled”; an album which pays homage to all the behind-the-scenes musicians whose participation in the creation of music usually goes unheard by wider audiences. A one-take album which draws heavily from the live music format; Xu sees no better way to accurately express his music than through the live genre. In essence, the album draws on the singer’s philosophy of authenticity in its rawest form in as many ways as possible; from the recording techniques, to the content of his songs.

“I chose this recording method because when you use one-takes, there’s lots of uncertain factors, a lot of spontaneous jam elements. Under recorded circumstances, it has a lot of human flavour to it I think. A lot of musician-to-musician collisions; something you can’t get with track-by-track recording.”

And while most other singers would give me pretty stock-standard one-liners about the songwriting process behind each of the works on the album, Xu in fact opened up when sharing the stories behind his songs. A natural storyteller; he takes simple, daily parts of his routine and through song transforms them into beautiful anecdotes. We were particularly interested in the song that inspired the entire album, ‘沒人在這個時候說話 Nobody Says A Word’ and his two English-language tracks, ‘I Can’t Take My Hate’ and ‘Hero’.

Nobody Says A Word
“This song was written in 2017 around the time of the Golden Melody Awards. I was already living in Beijing at the time, but went back to Hangzhou to make a suit for the awards…In the evening I met up with a few friends to catch up with a lot of Hangzhou friends I used to jam with. We chatted a lot and in that moment I felt no matter how everyone changes, their passion for art and music will never change… When people who have the same dreams and ideals come together, you don’t have to explain too much, because everyone will understand. “

​I Can’t Take My Hate
“When I wrote this song, suddenly the words ‘I can’t take my hate’ appeared in my mind. A lot of people might read this as ‘I can’t bring my hate, but I read it as ‘I can’t bring my sadness’. Because hate is a polysemantic word, and I hope after writing this song I can let my emotions out. It felt much better after that.”

Hero
“I had a much older friend in Shanghai, he used to be a sailor based in Australia. And we would eat together and chat a lot, and he would tell me a lot of his stories on the seas. He told me, “Young man, all that you are going through now I have already experienced. So I want to tell you when you encounter everything, you don’t need to feel scared. Because when you are older and look back, all this fear is not worth mentioning anymore. Then I wrote this song ‘Hero’. Because when I was small I would dream of being a hero who could change and help a lot of people, but now I think it’s most important to be your own hero.”

I was intrigued by this songwriter who in the space of an albums’ worth of songs could go from serene folk to chaotic post-rock while keeping everything securely under his brand of authenticity. And even more so intrigued by his persistence in writing beautiful English lyrics and apparent interest in initiating cross-cultural dialogues through his music.

Turns out the guy thrives on being open to new experiences. From leaving home at 17 to pursue his dreams in Hangzhou, to collaborating long-term with a Spanish musician just because of their shared passion for music,  Xu Jun isn’t made to be pigeonholed in any one box. His dreams lie in his love for storytelling and creating music; and his philosophy in his exploration of non-traditional experiences. A true global citizen if I ever saw one, Xu Jun is the real deal. A last message that the authentic musician leaves with all international audiences who happen to chance upon his music is this:

“Thank you to music for bringing us together, I’m musician Xu Jun.”