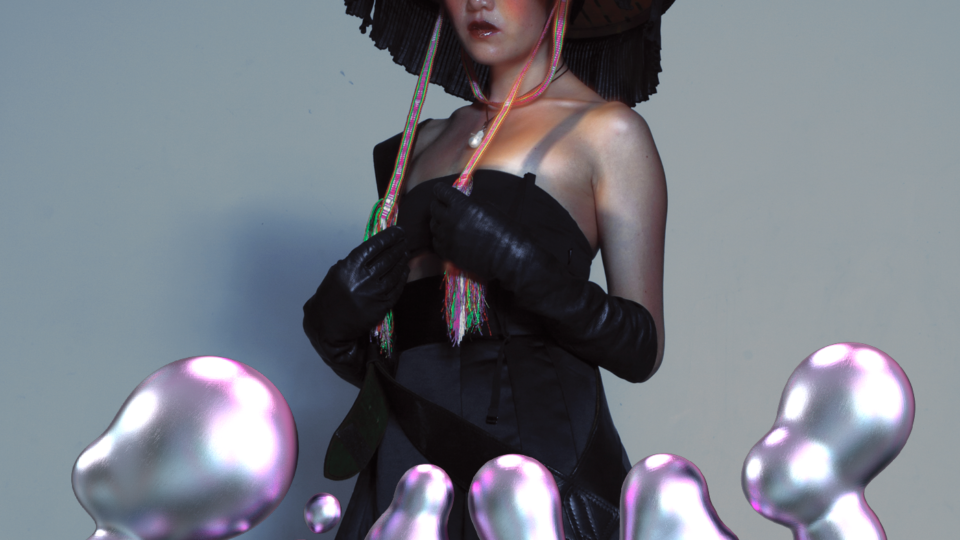 Interview with Rainbow Chan – A ‘Pillar’ of Musical Diversity

With a mesmerizing voice set against an electronic backdrop of colourful and dreamily textured synths, Hong-Kong Australian artist, DJ and producer Rainbow Chan stands out in a crowd; be it with audiences at home or abroad.

But what does ‘home’ mean to this diasporic artist? This is just the topic that Chan decided to explore in her last LP, as an extension of her recent observations regarding her heritage and belonging.

“This record was written over the course of three years, throughout which I had been working on other projects, studying, working and travelling. I see it as an extension of all of those experiences being between places and languages.”

​Although Chan has never shied from discussions of her East Asian heritage; this second record sees the topic placed front and centre.

“‘Spacings’ was a break up album through and through and for that reason, the themes of the songs revolve around romantic love and heartbreak. While ‘Pillar’ has moments of love and desire throughout it, I think the themes of the new record are more expansive and part of a larger dialogue about belonging, migration and family.”

A record that explores her Weitou heritage and the intermingling of her experiences with the Cantonese, Mandarin and English languages, Chan manages to succinctly unpack her diverse backgrounds in ways that disrupt predominantly western conversations in the spaces which she occupies.
​
“The mainstream media in Australia is predominantly white and English-speaking. But this doesn’t reflect the reality of our society—we’re made up of beautiful, diverse communities. Part of my goal with writing songs in languages other than English was to decentre the conversation around music and meaning. As a person of the diaspora, I wanted to make a body of work which represented the hybrid and linguistically-vibrant nature of my upbringing.”

For the eloquent artist, coming to terms with her heritage is an ongoing conversation that started with a time capsule of cassettes brought with her when she migrated from Hong Kong to Australia when she was six. Rainbow acknowledges these challenges yet pushes herself to continue fostering dialogue through tracks such as “Lull” and “Gaosuwo”.

“(Gaosuwo) It’s the first time I’ve written a pop song in Mandarin. The record also sees me sing in Cantonese and Weitou, a Cantonese dialect spoken by the first settlers of Hong Kong who were villagers. I have Weitou ancestry through my mum. Like many diaspora kids, I wanted to fit in with Western culture throughout my childhood and teenage years. It’s taken me a long time to embrace my roots, and also to not feel like an imposter. So making music in Chinese was one way to express these feelings.”

The new record also sees Rainbow’s unconventional usage of personal sounds and experiences emerge yet again in her production. The effortlessly creative producer shared a little about the story behind one of her favourite tracks on the album, ‘Melt’.

“I really like “Melt”. I like its sparseness and haunting quality. If you listen closely, I’ve used a lot of symbolism in the instrumental sounds and vocal production techniques to reflect the act of disintegration.”
​
As an independent female artist who’s doing some radically different things on the Australian and wider Western music scenes, Chan is certainly a heartening representation of the possibilities that exist for up-and-coming artists. She shares what the response has been like to her music thus far and how she contributes not only through her music, but through her actions to the burgeoning Asian diasporic music scene.

“It’s been super warm! Hearing younger female artists, especially girls of Asian descent, tell me that I’ve inspired them makes the hard work I’ve put in over the last ten years worth it. I didn’t realise visibility is so important until now…I like contributing, in whatever small ways I can, to push these emerging voices to the fore e.g. including new acts in DJ mixes, choosing diverse support slots, running production workshops.”

Using quiet, careful words to describe her music and her experiences, Chan is certainly someone whose actions speak volumes. Inspiring for the confidence she has in the value of what she has to say, and impressive for the multitude of ways she continues experimentations in expressing it, Rainbow is a pillar of diversity for a world that at times lacks it; shining so brightly and vividly that one can’t help but stop and notice.