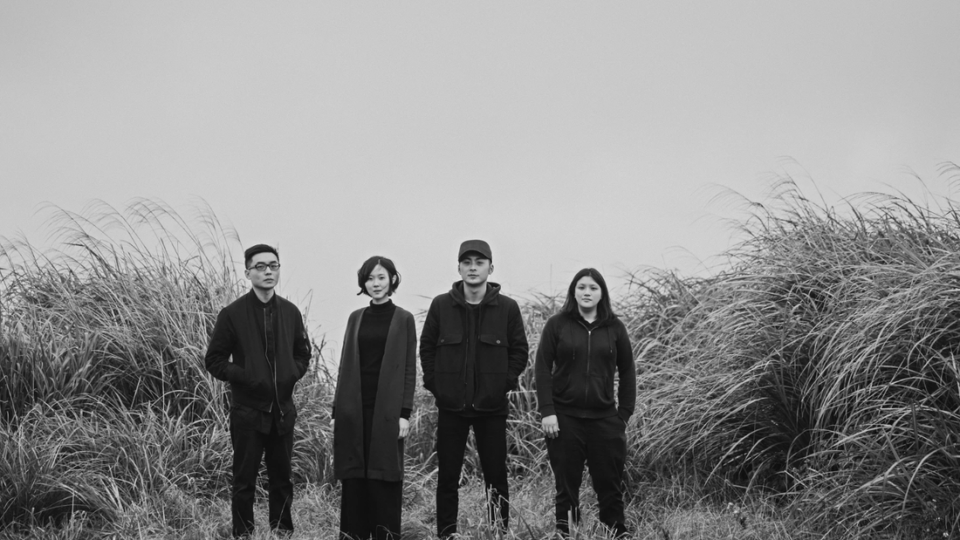 No Party For Cao Dong are a dichotomy. They are elusive; yet easy to talk to. They travel widely, and have toured the world with their music; yet gather inspiration exclusively from their experiences in Taiwan, the environment where they grew up in. Their music has had such a revolutionary impact on the scene, earning them multiple accolades and earfuls of praise; yet they are humble and subdued when asked about their achievement. The phrase that came up most during the interview was ‘沒有想那麼多 Didn’t think too much about it’, which seems to be part of the band’s musical philosophy.

The band, made up of Wood Lin, Chu Chu, Sam Yang, and Fan Tsai started as many do-with a group of friends who liked the same kinds of music. While the former three members met in high school, Fan Tsai met them while in university and that was how it all began.

“Everyone liked the same kinds of music, so starting a band seemed natural. Through a shared interest we added our own colours to the mix.”

​Indeed, despite the band’s heavy-handed taste in genres which range from post-rock, indie to metal, their approach has always been to go with what comes naturally. Saying that they don’t use genres to restrict themselves, amongst thrashing drums, impassioned screams and subdued electric guitar riffs No Party For Cao Dong found a unique sound that shook up the local scene.

“We don’t go out of our way to use ‘mainstream’ or ‘indie’ to categorise our music, whether something is mainstream or not is defined by the time period and audience.”

An (albeit dark) breath of fresh air for a scene which has long been criticised for a lack of differentiation and too many soft love songs, the band says all they’re trying to do here is express themselves.

“Everyone tells their story differently, we are just trying our best to honestly express ourselves.”

Songs like ‘Simon Says’ and ‘Wimpish’ found in their debut album ‘The Servile’ have a poignant and unique way of expressing criticisms of current Taiwanese society through poetic devices which encase simple yet hard-hitting language. Yet the band once again reiterates that all they are trying to do here is write about themselves and their lives, which just so happen to resonate deeply with audiences.

“We don’t dare to say we’re the same as everyone else, but there are certainly many shared problems within this environment everyone has to face.”

Given that this is a band who professes that they have grown up in Taiwan just like many other citizens and shared many of their experiences, it deeply interests me how they could come up with something so different and outside the lines ingrained into the music industry. So what does it take to inspire such unique works?

“Romantic relationships, observations and chance encounters…etc, basically all people and things within life.”

​And they responded in a similarly vague, open fashion when asked if there was anything else they’d be interested in documenting in their upcoming works.

“All people and things in this world affect us, our emotions and our ways of thinking.”

Although a lot of the subdued band’s answers could be construed as taking the piss out of my carefully crafted questions, I find no reason to believe why they would be joking in any way. Artists of few words, they reply simply and honestly; yet these answers bely an extraordinary openness to new experiences that are certainly a contributor to their unique works.

With some works in the pipeline for the next six months, the band did not say much, but in the gaps their scarce responses left, my anticipation has already started building for this band whose only goal is to express themselves as truthfully as possible through their music. For me, the reason why this band’s music is so valuable is not because of how unique their blend of genres are or the devices they’ve used to skilfully create their lyrics. Instead, it is their offering of comfort; not in the positivity of their message, but in the unadulterated truth of it. There is no real truth in this world; but authenticity and truly expressing yourself in the way you wish to be heard; that’s as close as it gets.