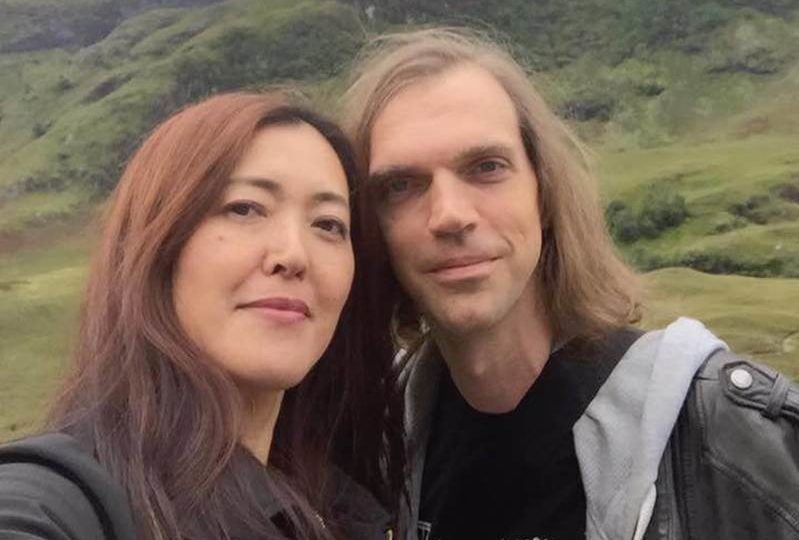 Interview with Nature Airliner – Simply Does It

Upon listening to Japan-based folk duo Nature Airliner’s music for the first time, their sound feels like a blast from the past and a breath of fresh air all in one go. Never did I think that those two phrases would ever work in tandem, but the husband-and-wife duo’s soothing discography has certainly proved me wrong. With a sound inspired by 60s and 70s folk giants such as Leonard Cohen and Bob Dylan; and vocals that draw from the likes of Freddie Mercury and Stevie Nicks, the easygoing duo composed of Laurier and Eiko are here to prove that simplicity and authenticity can speak louder than the grandest arrangements.

Q: As a husband-and-wife duo, you guys have an offering that is quite unique. How did you meet and decide to start this band?
Eiko: I decided to post a personal ad because I was fed up with meeting guys in bars. Laurier was hooked by my ad. Two years after we got married, Laurier begged me to sing for a new folk duo he wanted to start.

Q: Laurier, you’ve often said that you are enamoured with Eiko’s voice. What is it about it that you love so much?
Laurier: To quote a Leonard Cohen lyric, from the first time I heard her sing, it was, “A voice that sounds like God to me…”. To my ears, heart and soul, she has the clearest, strongest and warmest voice I have ever heard. It’s like the Archangel Gabriel. Haha.

Q: Your music is very much rooted in the folk genre with simple arrangements and warm melodies. Given the ever-changing and updating music scene in Japan, was it tough to stay true to your own style?
Laurier: J-pop and K-pop seem to dominate the charts in Japan, and most people are used to hearing music that is built up on forty-eight or ninety-six tracks or whatever, so it is sometimes shocking for people to hear us make music that is intentionally simple. Many people actually have tried to get us to add more members and more instruments, but I think that when the overwhelming majority of musical acts are drowning in complicated arrangements, our staunch simplicity can be a welcome relief to many people who would prefer an alternative.

​Q: Which artists would you say have had a significant impact on your music?
Laurier: Eiko has no interest in writing songs, so she leaves that up to me, and I try to base our sound in the giants of late 60’s and early 70’s folk music; like Leonard Cohen and Bob Dylan, et. al. Eiko herself was mostly influenced by 70’s stadium rock, so her vocals are sometimes tempered with influences from people like Robin Zander (Cheap Trick)Freddie Mercury (Queen) and Stevie Nicks (Fleetwood Mac).

Q: Your songs are mostly written and performed in English despite both of you being based in Japan. Is there a particular reason for this?
Laurier: I have no real desire to try and write lyrics in Japanese, and our target market is actually mostly in western countries.

Q: Your latest album is called ‘Cardinal’. What’s the inspiration behind this name and the songs on this particular album?
Eiko: In Nashville, when we were recording, every morning as we left our hotel room for breakfast, we saw and heard brilliant red songbirds in the parking lot. We later learned that they were “cardinals”, and thought it was a perfect name for the album. As for the names of the songs, they are just generally key snippets of the lyrics.

Q: Your latest album was recorded in the legendary Columbia Studio A. How did this arrangement come about, and what do you think this added to your music?
Laurier: I had been dreaming about that space since I first heard my first stepfather’s vinyl copy of Leonard Cohen’s “Songs From a Room” when I was 10 years old, and ever since I became a musician, I had seen that sound as the touchstone of my ideal recording setup. In December of 2016, as I was telling this story to a friend for the umpteenth time, he said, “As someone who has a background in sound engineering, all you need is that space to make a similar sounding album. Why don’t you do an internet search to find out if that room is still owned by Columbia records?”. Within a few weeks, I had found out that it was now owned by the music department of a university, and they had graciously invited us to come over and record in that space. It was a dream come true. Obviously Columbia Studio A added an amazing natural depth and reverb to our album, as well as something of the authentic sound of the late 60’s and early 70’s.

Eiko: And I got to use an RCA velocity microphone that Johnny Cash had used on his song Ring of Fire, so that added some extra vintage authenticity.

Q: Do you have any songs which you particularly enjoyed writing or recording from this record?
Eiko: I particularly enjoyed recording the opening track “For You Alone”, because we had a fun idea of including group claps in the parts where the music momentarily drops out. We thought this might encourage audience participation at concerts, and it was fun to do with the sound engineers.

Laurier: I particularly enjoyed recording “You Will Die as You Have Lived”, because it always feels like a steam train with broken brakes; once it’s in motion, it feels powerful, fearsome and unstoppable.

Q: The lyrics on these songs are particularly striking, as is a signature element of folk music. How do you come up with these philosophical and visually engaging lyrics?
Laurier: Gosh, I don’t know. I read a lot of spiritual literature, and I have a background steeped in the political protest movement (which I’ve since abandoned) so I guess I have a mind that’s addicted to ascension and progress.

Q: You even have a French song on the album, ‘Temps de fete’! What inspired it, and who wrote the lyrics for it?
Laurier: My first language is actually French, and the original of that song was actually a very depressing song that helped me win a songwriting competition years ago in Canada. When I married Eiko, she inspired me to revise some of my more self-defeating lyrics, and this was one of the first songs that got renovated. The title “Temps de fête” means, “a time of celebration”, and the lyrics put forth the thesis that every day could be a time to celebrate. There is actually an English version out there called “Celebration” which got a placement on CNN Hong Kong a few years ago.

Q: Nature Airliner has performed in many places including various festivals in Japan, the Zandari Festa in Seoul, the Hard Rock Café in Guam and the Troubadour in London. Are there any other parts of the world you’d love to tour in?

Laurier: We’re actually playing our first U.K. tour this spring, and are looking forward to that. We’ll at least hit Dublin, Liverpool and Edinburgh in addition to London, which we played once in 2016. Apart from that, I’d like to play Paris, because my mother’s ancestors are from France, and Warsaw, because my paternal grandmother was Polish. We’d also like to play in Australia, since everyone we’ve met from Australia has been so nice, and we’ve received some really great support from Australian media outlets.

Given the relatively small size of the Asian music scene, it is not uncommon to find artists dabbling in a whole different range of genres by way of compensation. Yet it is amazing how Nature Airliner has managed to maintain such a stoic focus on the folk genre, whilst resisting pressure to commercialise their music or to over-complicate it. With a voice like Eiko’s and the magical lyrics and compositions of Laurier, all they need is a guitar to complete the mix. Why fix something that isn’t broken? Although I forgot to ask the easygoing duo about the reason behind their name, I have a feeling that it; like the pair’s music draws from a deep affinity with nature, purity and freedom. Will you join them as they take flight?

Nature Airliner’s latest album Cardinal as well as a new single ‘Letting Go’ are now available on all major streaming platforms including Spotify and iTunes. For all touring information, please check out their Facebook page or website.