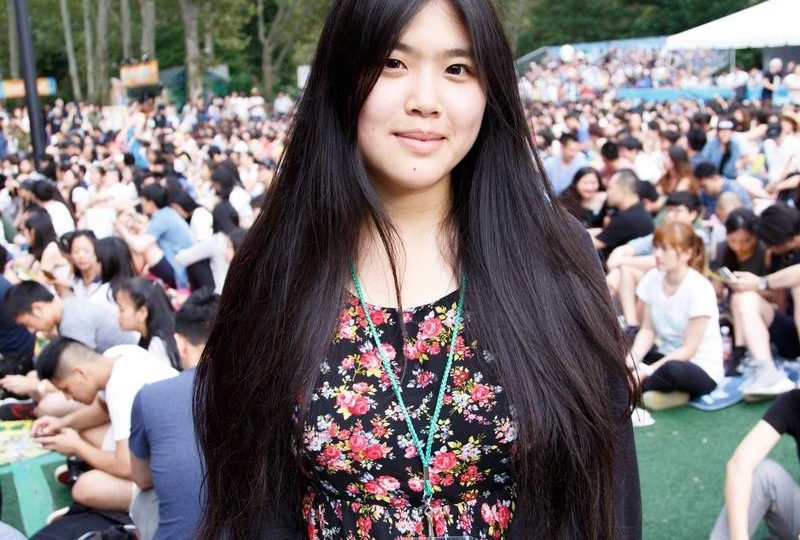 If I had previously thought that there was no one else who had the same passion for bringing Taiwanese music to Western audiences, after meeting Mia Yen, I had to concede that I had met my match. The driven show curator, booking agent and all-round creative, who comes from a family of entertainment professionals has been shaking up the overseas market recently, helping all kinds of amazing indie Taiwanese acts to have their sounds heard live throughout North America. From cult R&B darling 9m88 to the legendary Anpu (formerly known as Deserts Xuan), independent music heroes FIRE EX. to Sunset Rollercoaster, Mia has her finger in almost every independent Taiwanese music pie that lands on US soil.

On top of this, Yen is also the brains behind the Taiwanese Waves showcase held in Central Park, New York annually for the last two years. The event which happens in July annually is amongst the venue Summerstage’s most popular free shows; an amazing feat given that 100% of their acts perform in a language other than English. But none of this came easy for her, as she overcame uncertainty, ethnocentrism, funding issues while making it sound like it was nothing more than a walk in Central Park. Influenced by her family’s roots in the media industry, Mia first discovered her love for live shows while in high school.

​“I have a huge passion for music, I don’t play but I enjoy music a lot and in high school I started going to a lot of concerts in Taiwan to see bands and concerts… I think the best way to meet or know a band or singer better is through live performance. Because through recording everyone can do a really well-done job but to me like live shows are very special in the way that you and the artist and the people around you are experiencing the same thing at the same time in a very specific space. So to me it’s really powerful, that’s why I really like it…That’s why I’m more passionate about concerts, live performances.”

And in 2008, going to New York, the mecca of live music and performances to complete her undergrad degree afforded her a chance to pursue this love for live shows, and to discover where it could take her.

“In New York I quickly learned that everybody on tour was stopping in New York. So I dreamed of working in a music venue to be a part of these concerts. And finally in senior year of my Undergrad I did an internship with a music venue in New York called The Living Room…and… learned more about not only the music venue and concert business but also how to run a club. Because you learn more about how to set up ticket prices, what drinks to sell, at what price for audiences and so it was a really interesting experience and I really enjoyed it.”

Photo by Shun-Ping LiuThereafter, she pursued further study, majoring in media and management with a music business focus, all the while honing her skills at The Living Room by booking small shows for emerging and local bands. During this time, she also noticed a gap in the market for bringing Asian acts to Western venues to perform, and it was a gap she knew just how to fill, given her bilingual skills and extensive understanding of both the Asian and U.S. live music business. And as with all good ideas, Mia’s started with a question:

“When I was in the music venue, a lot of times I would see emerging (Western) bands playing, and they were really good. But in my mind I’m like, ‘There are actually a lot of really good Taiwanese bands, but they just never had the chance to go out to know how good they are, or even to get stimulation from the outside world… (it’s) more like if the US bands can play, why can’t they (Taiwanese bands) play. “

It was this thought, combined with her past experiences of attending a ‘Taiwan Night’ sponsored by the Taiwanese government at New York Festival that spurred her to try her hand at bringing some of these acts to U.S. herself.

“I remember one year I was attending CMJ, which is a music festival in New York, and there was a Taiwanese night sponsored by the government a long time ago. They usually do something like that. And I was like, ‘this is great. If I can regularly do a better job on helping them book tours and stuff, should be really nice’.”

And from this seed, Mia’s passion and curiosity for finding out how Taiwanese bands would fare in a Western, foreign market grew. But paving a new path requires not just perseverance, but also experimentation. Finding bands willing and able to book gigs for, and venues willing to host them proved two big challenges which Mia overcame with perseverance and strategy.

“I started to reach out to bands to see if they wanted to come. Of course everyone wants to come to play in New York, but funding is a big issue. And then I changed my approach, I reached out to bands that I know are already coming to the States to perform at festivals, for example SXSW. Pretty much every March, the government always funds a showcase at South by Southwest. So I reach out to the bands going … and see if they want to come to New York. And starting from there I got to meet a lot of talented musicians.”

Taiwanese Waves – A 3-Year Wait For The Green Light

While Mia’s extensive knowledge of smaller and mid-sized venues made it easier for her to book individual artists, persuading the artistic director at the legendary New York venue Summerstage (located in Central Park) proved itself to require a bit more finesse and patience.

“(It) started from the internship and then I found out in all these years they’ve never hosted any Asian artists so I reached out to the booking agent. She is the artistic director. I reached out to her three years in a row because she said timing wasn’t right, they don’t really know the market, they don’t really speak the language so it took them some time to get to know the market more and I also did some presentations to tell them that it’s time and New York has a huge Asian population. I conquered (that obstacle) because I got the authorization letter, but…”

Despite overcoming challenges to do with procedural requirements and even uncertainty about dealing with foreign cultures, Mia says that there is always a ‘but’ that follows each win; often to do with funding for these projects.

“Money is the most difficult thing because it’s a free show and I have to pay for everyone’s flights, accommodation, visa if they need it, show fee. And also I need to find a crew for visual, sound engineer and all that. So getting the money was actually the …hardest thing. Every year.”

Although Taiwanese Waves receives funding each year from the government, their rigid policy structure and ‘do-first-pay-later’ attitude still means much is required by way of funding the Taiwanese Waves event.

Furthermore, in the bigger scheme of things, the problem of whether Taiwanese artists can become financially sustainable through Western or worldwide expansion still remains unresolved. Mia expands on this in relation to the live performance sector, saying it’s more for exposure than anything else, but is nevertheless warranted for any guarantee at worldwide success:

“Income-wise I would say no, because from my experience meeting and working with local musicians, a lot of them are super well known, can just release one record every two years ad make a lot of money. Each of the band members would have another side job. Because yes, you can play a show that is thousand capacity sold out, but because of the management team, the booking agent, all the fees and splitting with the venue you can’t actually earn a lot of money. It’s more about I guess, exposure for sure. In the past wasn’t like that, people make music and make money out of it. But now… it makes more opportunities, for example if you’re a pretty well-known band and now a lot of money comes from licensing to movies, ads. It’s really just a matter of if the right people hear your music.”

Photo by Jhane HoangBut despite all these problems past and present, it is clear that Mia has certainly played an instrumental part in bringing Taiwanese music to new audiences in a way that none have attempted. While the Taiwanese government are content with their small showcases and bigger concert promoters are happy to promote cream-of-the-crop acts that have ubiquitous mainstream appeal, it’s clear that Mia isn’t in it for the money.

Through years of experimentation, drive and perseverance, she has created Taiwanese Waves as a channel through which Taiwanese music can be openly accessible in Western settings. In addition to this, her efforts in working with Taiwanese indie artists provide Western-based audiences with a whole new look at what Taiwanese music is all about. Mia’s story is one of drive, determination, fearlessness and a deep passion for overcoming cultural barriers as she perseveres in bringing Taiwanese music to a wider audience through her love for live performance. It takes a lot to go where no one has ever gone before, and she has certainly paved the path for others (including myself) in spreading Taiwanese music to the world, and breaking down cultural barriers.

Taiwanese Waves is a showcase held annually at Summerstage in New York’s Central Park during July. Check out our live review of the event from 2017 here.