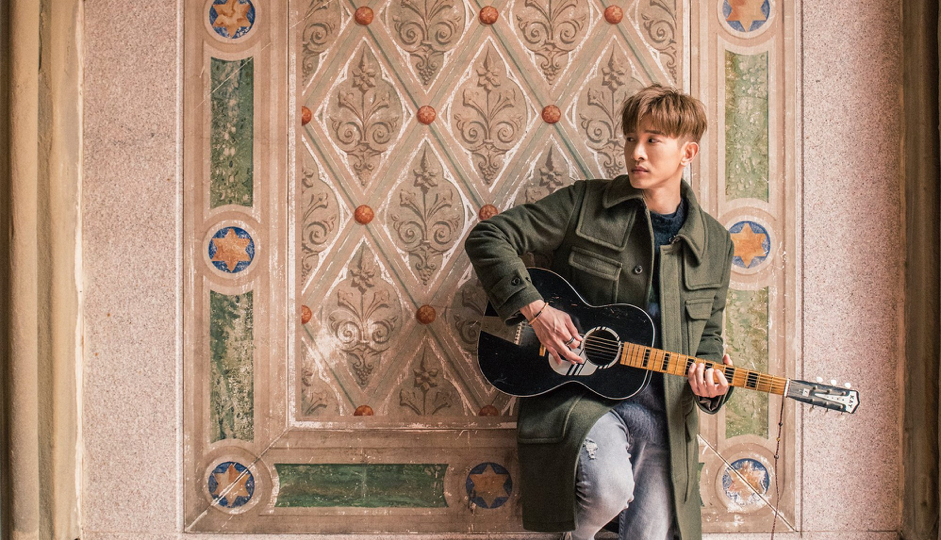 By Stella Soon
​
“If I can … write music or play music as my career, I’d be very fortunate and very lucky.” Marcus Chang 張立昂 told me.

It may be surprising that these words are coming from the actor who’s snagged top roles in hit movies like Cafe.Waiting.Love 等一個人咖啡 and most recently, the drama Between 三明治女孩的逆襲.

But digging deeper into the 35-year-old’s life proves otherwise.

“[Music has] always been my interest and hobby,” said the University of Auckland performance arts graduate, who picked up the guitar at 15.

In August this year, he released his first EP, ±1 正负1, which marked his first step into a musical career.

All four tracks in the EP are movie and drama theme songs, including three from the 2018 drama, ‘Between’, where he played the lead role.

Including only original soundtracks (OSTs) in this EP was, too, a strategic choice.

“To my fans who already know me as an actor, they have a ‘bridge’ going from acting … [to] music. If I came up with an album in the blue zone [music], they have to wrap their head around all the characters I portray to listen to the real me. But now that they have this EP … they know all the characters I’ve written for; I can go to the purple zone.”

The influence of his acting career is seen even in the title of his EP. ±1 represents the intertwining of his dual personas: actor and musician.

“It really is like to signify me being known as an actor first … so for me, that’s +1.”

“But to deduct from that and go back to zero, and go forward again as a singer-songwriter … ±1 means I’m moving from one place to another place.”

So when asked if he’s achieved what he set out to do in this debut EP, the multi-talented actor’s answer was certain.

“I’m very thankful for this opportunity … a lot of actors or actresses, usually they won’t get the opportunity to write and combine all their hard work into different kinds of art forms.”

“I acted and also wrote lyrics and music, and I also produced an EP. It’s like the complete experience pack.”

Most memorable to him was the first track in his EP, Still Love You, from the recent drama ‘Between’.

Though its lyrics and moving melody resemble a love song, the song actually represents Marcus’ feelings towards music when he plunged headfirst into acting in 2015. Then, he signed to an agency, which wanted him to dedicate his time to acting rather than music.

“I wrote a song about having to make that decision as the hardest decision in my life; to say goodbye to music and to embrace my other identity as an actor.”

So the lyrics of ‘Still Love You’, which talk about loving someone despite the distance between them, are like a reminder to himself.

“It means that I’m talking to myself; [having] a conversation with myself … I want to say goodbye to music, but I want myself to know I will still love music, still love you, and one day I will come back to you.”

With this song steeped in meaning for him, it’s no surprise that he got emotional hearing it when ‘Between’ aired on television one day.

“It’s like … if I lost my children for 10 years and then I found them back at the reception of the airport. Words can’t describe how I feel.”

Music has been a big part of Marcus’ life since his younger days. It started with his family’s move to New Zealand when he was 13.

Then, the Taiwan-born was thrust into a new English-speaking environment where he had no friends; only a distant relative for support.

“In the beginning I think it was lonesome, being lonely. I just needed someone to talk to and music became that friend whom I [could] vent [to].”

But his love for music didn’t end when he found his footing.

University saw him pursuing sound engineering and performance arts in the University of Auckland, after switching over from commerce in another college.

“I wanted to record my own album, so that’s why I chose sound engineering.”

All these courses gave him the fundamentals that he’d later come to use in his music career.

So the 13 years he spent in New Zealand, from junior high school to university, firmed up his English skills. The language comes naturally to him, and his music playlist consists of both English and Mandarin songs. In fact, this interview was conducted completely in English!

Safe to say, Marcus crosses cultures and professions in more ways than one.
When it comes to comparing between music and acting, it’s hard for the Taiwan-born, New Zealand-bred Marcus to choose one.

Naturally, both acting and music factor into his future plans – but he’s got high hopes for the musical sphere in particular.

“My idols, like Karen Mok 莫文蔚, Tanya Chua 蔡健雅, A-Lin, I’d very much like to work with them.”

All at once a singer, actor, and bilingual individual, Marcus’ success is admirable. But what’s more worthy of respect is the spirit he has behind it all. It seems to be intrinsic to the creative maven to encourage others to follow the path they’ve always wanted; no matter the circumstances and pressures that surround them.

Chang himself is a testament to this; heading into the music industry horizontally rather than vertically, but nevertheless letting his passion for music shine through and endear himself to others. And for that, he will certainly go far.

Marcus Chang張立昂’s EP  ±1 正负1 is out now. Find it available on all streaming platforms.