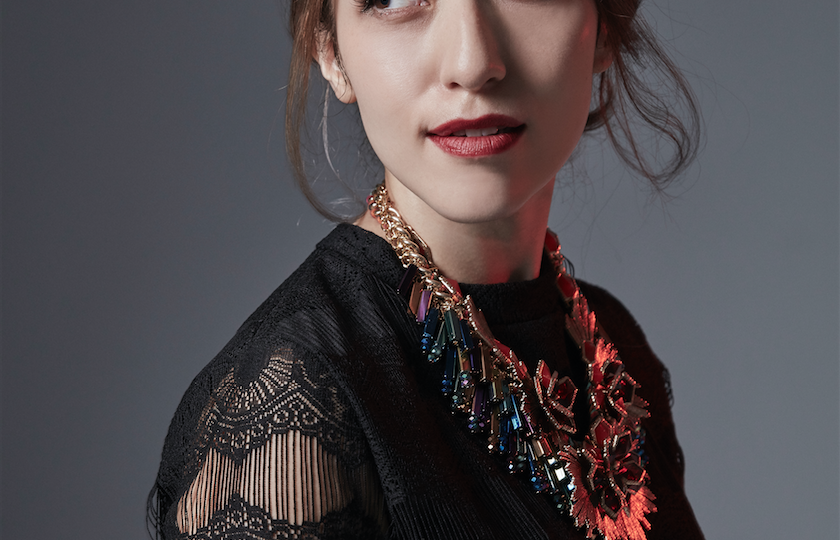 Interviewer: Jamie Deer
​Writer: Jocelle Koh
Note: The Chinese version of this article was released on Streetvoice Yahoo in collaboration with Jamie Deer.

2016 was the year that Lara Veronin released her new single “Where Do We Go” in both English and Chinese. The Lara we know and love today is in fact a little different from the shy, demure girl who was associated with Nan Quan Mama and Jay Chou previously. After a period of rest and reflection, her new single “Where Do We Go” breaks boundaries while truly marking Lara’s return to the industry.
​
Discussing the general image many held of Lara, perhaps many would have described her as an artist with a unique and sweet voice. Yet in terms of her personality, many viewed her as an ice princess due to her quiet demeanour while present at events and performances. Thus, her vivacious, playful nature came as a shock to interviewer Jamie Deer when Veronin appeared on his live.me livestream. As the interview went on , it seems that her cool image was in fact just a defensive mechanism honed by years of training in the entertainment industry.

“Public figures can easily lose sight of what they are doing, because you will automatically try and analyse other people’s perspective to figure out your next move, and as a result you keep certain things in your heart…actually I’m pretty chatty, but in the past, I always hoped that I could present a perfect image to others. But now I guess everyone more or less knows the truth (laughs).”

And the person who encouraged her to throw aside her protective layers and learn to be herself was sister and business partner Esther Veronin. Four years ago after leaving her record company JVR Music, Lara and Esther created their own company Meimeiwawa Multimedia together. Lara expresses that without her sister’s presence, she would not have had the courage to use her most authentic self to face the public sphere.

“When I am working with my sister, I feel like I’m with my family. That feeling is like on one hand I’m working outside but at the same time I have my family by my side, so I can’t really act anymore. If I use a fake voice to superficially thank someone, my sister will immediately be able to tell, and so its become easier and more natural, the act of expressing what I really feel.”

Although her sister, family and friends have certainly given Lara their support over the years, change needs to come first from the heart. When discussing the topic of public figures and the psychological impact of being the public eye with Lara, her answers reflect how much she’s grown as a person since her Nan Quan Mama days.

“In the past I wasn’t even able to tell whether I was feeling good or bad…for example if I was arguing with my friend, but in the next moment I would immediately have to go on a TV program, I still would have to pretend that everything was okay. Or if I met with a sad occurrence, I would often not be able to cry, it was really strange. But I realised that this was not healthy, so I began to adjust my personality. After that I realised that whatever happens, I need to act like a human and have reactions like one. But now I feel like perhaps Im’ a little over-emotional. (laughs).”

Feeling lost, how does one cope with it?
​And so at the end of 2016, after several stops and starts, Lara’s single “Where Do We Go” has finally been released. Veronin describes it as a song of loss, but this time the theme is not about giving answers, but about providing accompaniment.

“I feel that this year has been quite a difficult year for me, and I experienced a lot. “Where Do We Go” is about being in a situation where you lack direction. I think every person will have times where they feel lost, actually “Where Do We Go” is special in that while in previous songs I would always give people an answer, but now I don’t wish to force myself to do that here as I myself am very lost. So what I want to tell you is that many people feel lost, but I’ll be here beside you through it all.”

So how does one truly deal with these sensations of being lost?
​
“Actually you just need to learn to accept it, because being lost does not mean that when you walk out of that state you will immediately have an answer and will never be lost again. But I’ve learnt that no matter what happens, the faster you learn to accept the faster you will know what the next step will be.”

A Musical Breakthrough
But “Where Do We Go” has been a challenge for Lara is ways that go beneath the surface. In terms of the genre of the song, it’s a big breakthrough for Lara, who has previously criticised electronic music and disliked it.

“ ‘Where Do We Go’ is a big breakthrough for me, because previously I said that I hated electronic music, and felt that EDM was music without a soul. Every time I listened I would feel like it was really annoying. But now I’ve realised that this was a mistaken opinion on my part, because all of this is just a label. Previously I’ve never thought about how many possibilities one genre could bring. Anyway, this song can be classified under the ‘Air Pop’ genre, and uses the 808 machine that musicians and dancers use, and includes a country influence with the use of the slide guitar too. There are just many different genres mixed together, and this time my vocal technique used was a little darker and more mysterious, less sweet.”
​
Always Follow Your Passions
​Drawing from her own experiences, Lara shared with us her thoughts on persistence and giving in to the industry’s qualms:

“Especially after being in this industry for a long time, you might think ‘I should try and think about what the industry would like, but also about what I like, trying to strike a balance between the two’.But at the end of it all you should do what you like, because even if you fall prey to the industry’s preferences, your song might not be popular, and then you’ll be left with nothing at all. We’re talking about music now, but on your journey be it about relationships or career, you must do what you want to do. Because even if you haven’t gotten the results you hoped for, at least you still have your faith.”

After such inspiring words from Lara, who else is excited to see where she goes next?