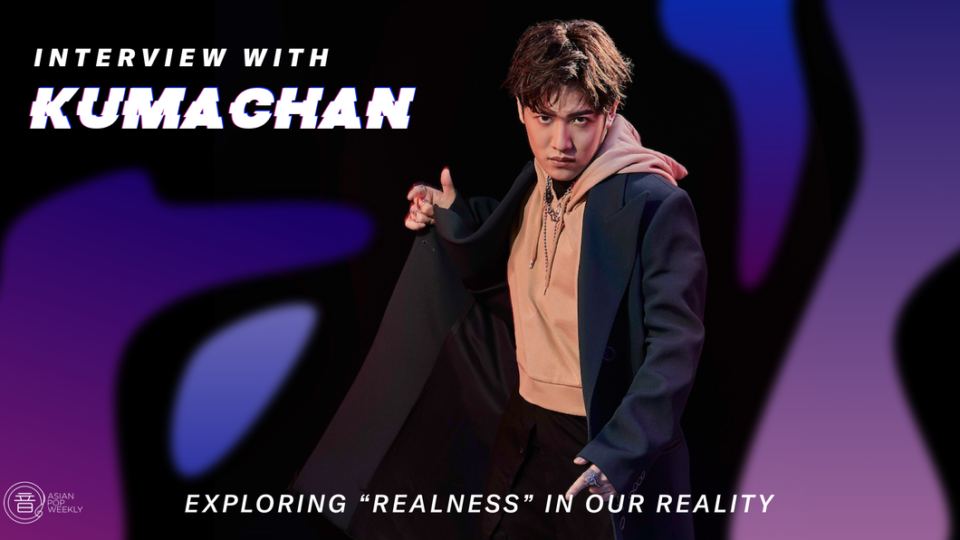 The first time I interviewed Kumachan it was when he was still widely known as Poetek, back in 2016. He had just been nominated for the Golden Melody Awards that year in various categories for his hard-hitting debut album, and we caught up at the festival-affiliated performance he was featured at in Taipei. Rocking up in cornrows and a white t-shirt, his passion for music and storytelling as well as his quiet confidence left quite an impression on me.

Fast forward three years, Kumachan, formerly known as Poetek has just released his second album, climbing to new heights of creative aptitude with each new release. Having by now embarked on many notable collaborations with the likes of Julia Peng, Machi Didi, Nine Chen and Crown Du, I was intrigued to see how my second encounter with the current golden boy of rap would go.

Unsurprisingly, Kumachan was more or less the same as I’d remembered; a guy of few words except when it came to his music; yet with the uncanny ability to match his burgeoning creative ambitions with impeccable execution.

​Yet when it comes to these discussions of heightened popularity; society guides us to read between the lines, to question if public figures such as Kumachan have ‘sold out’ after ‘making it’, or if they’ve ‘stayed real’.

In his latest concept album ‘Sisyphus’ Dream’, the rapper initiates discussions on this very concept at all levels; from its colloquial, urban use within the entertainment industry; before smoothly transitioning to deeper, existential questions about the true tangibility of the human experience as a whole:

‘This story is talking about a character called BOWZ who thinks he’s very ‘real’ because a lot of people nowadays think that they’re very real and everyone else is fake. He’s an underground rapper who transitions into the mainstream music scene and violates his own principles by becoming the person he criticized in the first place. Then he realizes at the end that he’s just an imaginary character created by Kumachan. Then he starts to think, ‘Hm, what is real? Nothing is real’. Here the story suddenly ends and then Kumachan starts to ponder, ‘Since BOWZ is created by me, then who created me? Am I real? Are you real? What is real?’

Setting the scene for this album with meticulous preparation, Kumachan’s album ‘Sisyphus’ Dream’ incorporates months of storytelling spanning various mediums and artforms. From music videos to live performances and the use of social media to flesh out the story, ‘Sisyphus’ Dream’ is one of the most unique cases of transmedia storytelling the contemporary Mandopop scene has ever seen, and who better to pull it off than Kumachan given the critical acclaim of his immersive concept debut album. We spoke to him about his experiences leading up to the conception of this album.

“My first album was talking about the give and take between education and work; the push and pull between reality and ones’ dreams. A lot of the loss of direction I felt during my student days. So if I keep talking about it I feel like… I’m kind of pretending to be young (smiles wryly). So I now want to put in what I’ve experienced after. So I’ve put in some of my experiences and some of the problems of people around me from this after period; concentrating it all within this one character, allowing him to quickly-a lot of people from when they become famous to when they break down it takes ten years, but I want to use eight months, or 40 minutes of music at the end to experience it all.”

From releasing immersive visual content that challenges the boundaries of music and technology as we know it, to the elaborate performances staged at high profile events at the KKBOX and Golden Melody Awards, to following Kumachan’s alter-ego BOWZ’s interactions on social media, there seems to be a lot to take in with this ambitious concept. The experience is not only technically and logistically a gargantuan task; the music itself is delicately crafted to combine the dark sides of the entertainment industry, technology and reality as we know it. So we wanted to know what the 28 year-old rapper hopes his audiences can take away from this multi-faceted experience.

“I think there are many… different perspectives from which the story can be explained, some people see it from this angle, others see it from this other angle. For example if someone is from a very rap base, they would unpack this album from a hip hop perspective. Some people come from a musical perspective, others come at it from a philosophical perspective, I think everyone has their own views; there is no one way I’ve specifically engineered people to view this work.”

With each song written specifically for this album, it now makes sense why it’s been four years since Kumachan’s last album. The intelligent rapper seems to have challenged himself in almost every aspect of the construction of this album’s conception; carefully handpicking collaborators and fine-tuning every song to the concept. But even the indomitable artist has his rough days. Kumachan named one of the biggest musical obstacles as singing on his track ‘Derealization失真’, even hilariously comparing the premiere performance of this song to the now-infamous fyre festival scam.

“For ‘Derealization’ this was the first time I did a song which only had singing parts, no rap which I felt was a big challenge for me. You know, at the time I had to debut this at the KKBOX Awards at the Taipei Arena, and at the time I had a bad cold, so it was a really big challenge. Have you ever heard of fyre festival, the documentary on Netflix? Anyway it’s a scam, and when festivalgoers went nothing had been ready and it was a disaster. At the time I thought I was going to become fyre festival (laughs). But in the end we made it. Success.”

The rapper even let on that he has something very special planned for the album’s upcoming concerts in Taipei and Kaohsiung to add even more so to the immersive arts-meets-technology experience.

“Before the concert we will do a little game, kind of like a personality test, and every concertgoer will receive a password to go in and do the quiz. Everyone’s choices for the quiz will impact on the concert itself. So our Kaohsiung show and Taipei show will have different content because of the audience’s survey results.”

Reflecting on our discussions of his new works, I feel even more privileged to have the opportunity to unpack this gem of an album with an artist such as Kumachan. Drawing deeply from his own particularly niche experiences and rendering them relatable for all audiences; is by no means an easy feat, and from our short conversation I can’t begin to fathom what a mammoth task It must have been to put ‘Sisyphus’ Dream’ together. Taking a simple urban phrase ‘stay real’ and linking it to his own experiences before opening it up to wider, unsettling discussions on the arbitrariness of our reality; here Kumachan does not intend to create a work which feeds audiences an easily digestible answer on a silver spoon. Instead, he encourages listeners to engage; to question; to ponder, and in doing so, find comfort in the grey areas which make up a major portion of our existence. After all, aren’t those grey areas the only constant, real things that make up our lives? Now excuse me while I go sit in the corner of a small, dark room and ponder the meaning of my existence…