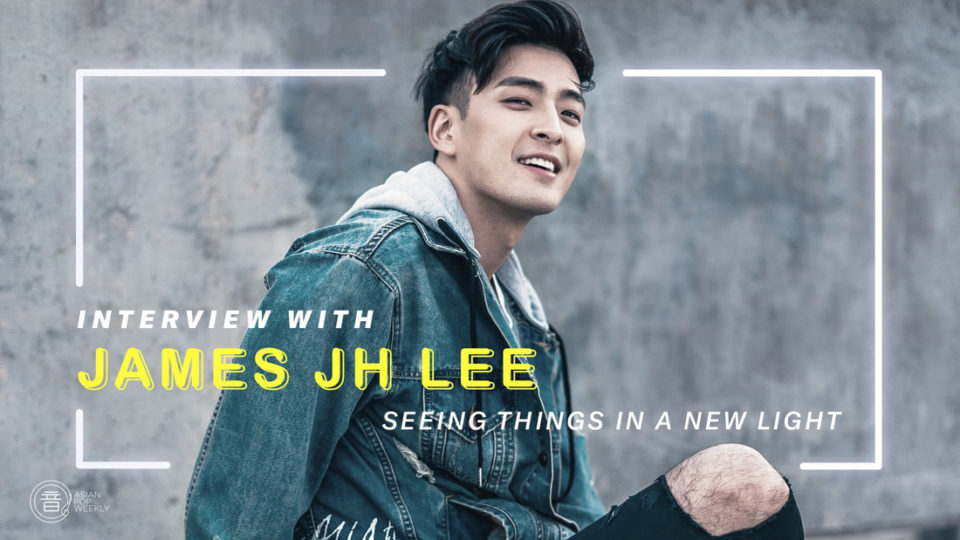 Author: Jocelle Koh
This interview was done in collaboration with KKBOX SG

Many familiar with the K-pop or indie Korean scenes will have heard of Korean-American band Royal Pirates, whose English language tracks bridged many borders over the years with their unique musical stylings. Followers would also have heard about their talented bassist James JH Lee, whose passion for music allowed him to play as a bassist professionally for 13 years over a variety of genres including metal, indie rock and K-pop. In 2015, a debilitating and unfortunate accident severed James’ hand, putting an abrupt end to his career as a bassist, and forcing the musician to re-evaluate his life’s purpose and intention.

However, through all the ups and downs his journey to recovery took him on, there was only one constant in James’ life – his love for music. It was songwriting which helped him through; with songs from that dark period cumulating in the release of his latest work ‘The Light’. Borne from a wildly successful Kickstarter campaign, we spoke to the now-artist about his uniquely empowering journey, and his transition from bassist to artist:

“So when you’re playing the bass, you’re supporting the band. You’re kind of part of the foundation of the group…But … I have to do all of that now. And the singer has a lot of responsibility that I was not prepared for. So I eventually got to a point where I just let go. And I’m finally able to just be myself on stage. I just have fun with it. But when I was a bassist, I think I was trying to fit a role so hard that it’s like trying to fit a square into a circle, kind of? It doesn’t really make sense, especially with the type of music I was doing before. So now I just do whatever I want (laughs). And it’s kind of liberating.”

For someone who has gone through so much, the one thing that inspired us greatly was James’ positive outlook which shone through during our short interview. Full of laughs and warmth, the singer-songwriter was full of praises for everyone who took part in the production of his album, including K-pop collaborators Amber Liu and Sooyoung from Girls Generation, who featured on tracks ‘Perfect’ and “Let’s Get Away (Acoustic)’ respectively.

On SooYoung:
“She has a really pure, innocent. Just a lovely tone. And I really wanted to use that for that song. Because that song, the melody is… it’s a bit complicated, but I felt like her innocence and her tone would really match the song well.”

On Amber:
“For Amber, we’ve been writing songs over the years. And … she has a really nice tone. It kind of reminds me of Justin Bieber (laughs). In some ways…the second you hear her tone, you feel like ‘oh, this person has soul’. I guess that’s kind of what I felt. And I just thought it would match. Well, the colour of her voice would match well with mine for this track.”

Given the myriad of stories and experiences which James’ EP contains and the effort that was put into bringing it to life, it goes without saying that this body of work is infinitely meaningful to the warm and passionate artist.

​Although it’s hard to put into words or pack into a short interview how meaningful ‘The Light EP’ is to the Korean-American creative, he was not lost for words when it came to sharing his thoughts on Asian music, especially as someone who bridges the gaps between the Korean pop and Western music scenes.

“K-pop is dominating the charts everywhere. Right? Like BTS. They’re killing it. They’re Blackpink, just at Coachella… So it doesn’t matter what the language is, as long as it’s dope… Language is not so much as important as the feel and the vibe, I think.”

With songwriting as a vital outlet for James to express his thoughts and emotions, it seems that the youthful and energetic artist is full of new ideas and works, having already begun planning for his next release, and the next, and the next… Having first hand experienced the preciousness of life, Lee isn’t wasting any more time before sharing more of his works with the world.

“I have a bunch of songs coming out in 2019. But I just released a song called ‘Automatic‘…there’s another song coming up May 10th, called ‘Mad’ (editor’s note: already released). And after that there’s song called ‘Combat‘ and ‘All to you’…I think I’m going to be releasing singles from now on just because I don’t want to wait anymore. I just want to release them as they come. But we’ll see.”

Straightforward and clearly someone who wears his heart on his sleeve, James is a breath of fresh air. What you see is what you get with him, and this is something I find so refreshing given the layers of facades and questionable motives that arise in music industries around the world. ‘The Light EP’ is more than just a body of work for James; it’s also a launching pad for James to let his most vulnerable side be seen, and to show others that it’s okay to be going through something too. Showing listeners how to see things in a new light; there’s something empowering about that. ​