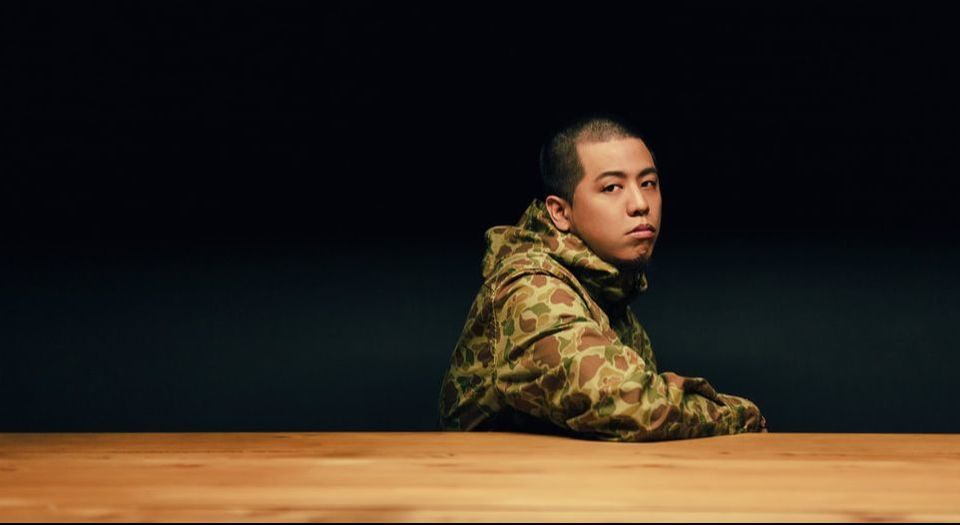 Interview with Gordon 國蛋 A.K.A Dr. Paper – From Taipei to NYC: Documenting His Cross-Cultural Experiences Through Rap

Compared with prolific Taiwanese rappers, GorDoN aka Dr. Paper’s laidback fare of hip hop music is often rather more suitable for bedtime tunes than the usual pumped up hip hop we’re used to. However, listen closely to his words and you will find his lyrics crammed with well-crafted anecdotes that often refer to his experiences living and breathing within a cross cultural context. Entering the scene in 2006 as part of the Bamboo Gang, he signed with KAO!INC. in 2007, establishing his career as a rapper and hip hop artist in Taiwan before moving to New York to pursue further study in 2013, before returning to Taiwan in 2015. This international move has since proved momentous towards GorDoN’s musical works, inspiring the release of three mixtapes in which he compares everything from daily life to the government’s policies in his various tracks. Interested to know more, we went deep in asking GorDoN about his motivations and goals in taking on such an angle within his music.
​
1.    If you were to sum up your music for international audiences, how would you introduce yourself and your music?

I am GorDoN aka Dr. Paper, my music is mostly hip hop inspired by my life, as well as big and little things that happen in the place I live. I like using music to start conversations, to talk to myself, and to converse with other people’s ideas.

2.    For beginners, what do you think is the key to appreciation of good rap music?

I think being in the moment is the most important, no matter whether we’re talking about the person making the music or listening, if you listened to rap or hip hop music but were unable to indulge in the moment, that takes away a very big part of the fun.

3.    I heard that your latest mixtape ‘Dr. Paper Vol.3 Sunday Night Slow Jams’ was very much influenced by your time living in New York. Can you tell us a little about it?

Actually from Vol.2 -Blue Dream until GDNE, and now until Sunday Night Slow Jam, during this time I was living in New York, so a lot of these works were full of the colour of New York living. Sunday Night Slow Jam just so happened to begin production in the three months leading up to my decision to leave New York and return to Taiwan. Half of it was finished in New York and the other half in Taipei, during that time it just so happened to be a turning point in my life, and when I was producing this I did it with the motivation of creating a piece of work that commemorated the end of my time in New York.

4.    Many of your songs address the issue of culture shock and cross cultural divides, despite having a successful career in Taiwan what was it that made you want to go to New York to study in 2013?

In one respect I want to see more things that I haven’t seen before. New York is the place where Hip Hop first came to be, a lot of my favourite artists are also from New York, I wanted to go and experience-other than the tourist routes-New York’s sights and sounds.

During my student days I really liked music, I liked to listen to music while studying, I would also listen to music sneakily in class. Listening to music instead allowed me to be more focused, it helped to shut out other noises.

6.    Do you have any new works in the pipeline? Can you share with us a little about what’s up next for you?

Now on one hand I am currently working on my debut album’s production, it is the first time I am releasing not using a mixtape but in the form of a formal album, I have also prepared some singles that will be released in time. On the other hand I also have some singles and performances coming up where I’ve collaborated with others.

7.    Is this your first time performing in the U.S.? How do you feel about it and what do you hope to get out of this experience?

Actually while I was in New York I already performed three or four times, but this is my first time performing in LA, I’m really excited about it. There won’t be any of the familiar faces from our Taiwanese performances, it’s an entirely new experience and I hope to be able to see even more new faces.

​8.    What can we expect from your performance within KAO!INC.’s North America showcase?

This performance will be quite different from previous concerts held by KAO!INC. , the entire concert will be very exciting, watch out for it.

GorDoN approaches the topic of cross-cultural experience through his own personal lens; something that is lesser found in mainstream pop music. After all, the latter is carefully constructed to appeal to the collective experience rather than niche markets. However, there is a wealth of value to be found in the experienced rapper’s music which documents his personal experience as a Taiwanese citizen living and studying in New York City. By focusing on his own perspective, GorDoN goes deep, telling stories that capture more than just one idea; allowing you to take in the sights and sounds of his life alongside him; wherever he may be in the world. As he heads back to NYC once again (and LA), would you be willing to share in his stories face to face?

Hip Hop company KAO!INC. which consists of Soft Lipa, GorDoN, DJ Didilong, Deejay Mr. Gin and Leo Wang are touring LA and NYC, holding shows on the 19th (LA) at the Echoplex and on the 22nd (NYC) at the Highline Ballroom.See below for more information.