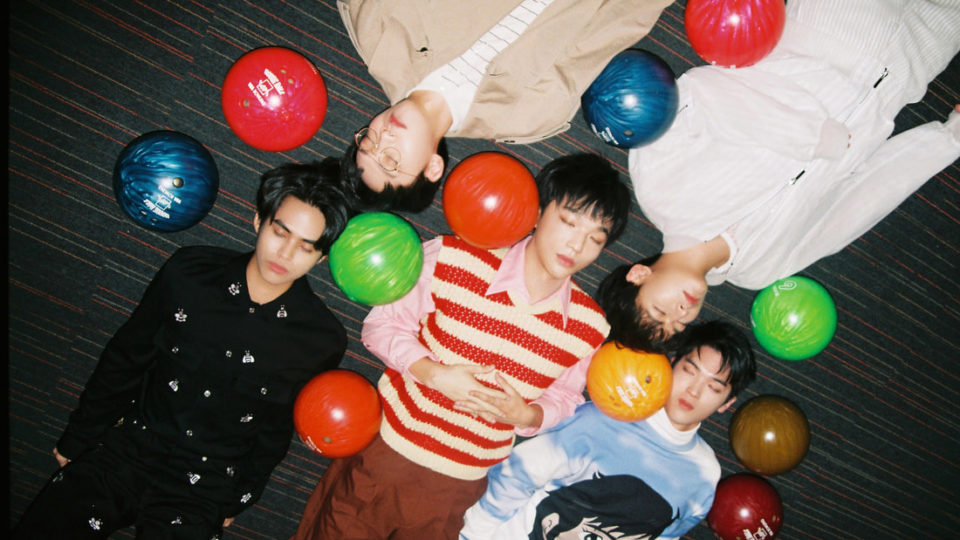 By all standards, it has been a standout year for Taiwanese band Fool and Idiot傻子與白痴. From releasing their critically-acclaimed debut album to selling out their Taiwan tour in seconds, the five-piece band have come a long way  from their humble high school pop music club beginnings.

Noted for their unique combination of aesthetics and music, the band were propelled into the limelight after lead singer Eric Tsai’s participation in the music programme ‘The Coming One明日之子‘ where he took home the first prize.

Since regrouping and returning to Taipei it has been non-stop for the young band who released their debut album “Till 5:10a.m ” earlier this summer. Including tracks which explore a variety of musical styles, it is no surprise to hear that the members draw inspiration from a wide range of artists. Fei 少菲, who plays keyboard for the band, mentions that their artistic influences range from pop music by the likes of Jay Chou and Michael Jackson, to neofolk artists such as Ma Wei, to the electronica and fusion of western artists like M83, Snarky Puppy and Maxwell.

Their aforementioned debut album reflects a clear evolution in the band’s musical influences, experimenting with a host of different genres including jazz, folk and trance pop. Fei explained to us how their sound had changed since the band was formed. “Our first song ‘You Don’t Love this Life’ was a folk song but also had a rock feel to it. And then later on when me and Yi Bang 邦邦 joined, we started adding more electronic elements into the overall sonic design like in our later tracks ‘5.10’  and ‘hoydeA’ which also use more elements of synth and soul music”.

This eclectic mix of songs and styles are woven together through lyrics which repeatedly reinforce the album’s theme of dreaming through discussions on liminality, consciousness (or lack thereof), sobriety and time . Although many of their songs explicitly mention dreaming, drummer Jun 維均 clarifies that what their tracks actually focus on is the absence of dreams. “These days, because of the explosion in access to information and materialism, it’s impossible for us to think about ‘dreams’ in the same way as the previous generation. Young people nowadays talk more about ‘nightmares’ instead.”

But lead singer Eric Tsai 蔡維澤 is keen to stress that rather than “trying to put across a specific idea or viewpoint”, the band’s aim for their music is more to “record the memories of a specific time in our lives …Through music, we hope to make concrete listeners’ impression of  the five of us. And maybe some people will feel a connection with Fool and Idiot’s music, just like we feel a connection with our friends and the people around us in our everyday lives”.

With a new crop of socially-aware millennial bands coming to the fore in Taiwan, some have classed Fool and Idiot alongside these as part of a new generation who are ‘World Weary But Not Giving Up’ (頹而不喪 ). Jun agrees that this is a motif they explore in their music that has much to do with the information age.

“It’s harder than ever to feel satisfied with your everyday life or even with your own successes – so people feel ‘world weary’. But actually, confronting the reality of our lives and trying to learn more about ourselves shows that we are ‘not giving up’. So, although the angle we take on this issue is not necessarily optimistic, at least we are trying to face up to it with an honest, open attitude”.

Reflecting on the success of their current summer tour which has taken them across the greater China region. Jun shared how much the band have enjoyed the experience thus far, “not just being able to share the stage with other artists but also getting to try out the local cuisine [of the cities we visited]”.
​
Looking back on memorable moments from the tour, Jun brings up how much they stressed out their manager “because we kept losing things like crazy [laughs]! Now part of our routine involves an in-depth bag-check to make sure we didn’t leave anything behind”.

So with a successful album release and tour under their belt, what’s next for the band? Jun mentions that they have met some of the 88rising collective, and if they had the chance they would love to collaborate with them. But in the meantime they are busy enough embarking on the third leg of their tour and writing new music. “Hopefully we will have some new material very soon” reveals guitarist Yi Bang.

Talking about their hopes and dreams for the band, Jun tells us that “[As a band]…our own ‘dream’ (or maybe just something we want to do)  is pretty simple – find our place in the music industry and find a group of friends who like our music”. Seeing the meteoric rise of the band over the past year, it might soon be time for Fool and Idiot to start dreaming even bigger .

Check out Fool and Idiot’s next performance at the Simple Urban Festival 2019 on the 7th December in Taipei, or find out more about their upcoming tour dates here.