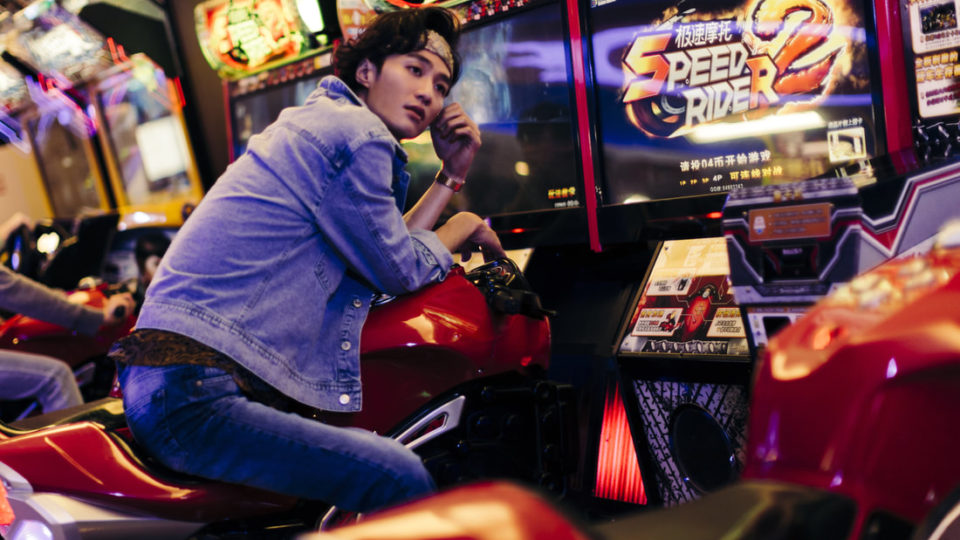 In recent years I’ve begun to realise that there is more to the Taiwanese music scene that just Mandarin Chinese music. A culturally diverse island, the native language of most of Taiwan’s inhabitants is actually Hokkien or Minnanyu, otherwise known to most Taiwanese as taiyu(Taiwanese). However, much of the language was lost over generations of colonisation and martial law, which severely restricted the use of the Taiwanese dialect.

Nowadays, use of the language is mostly lost on city slickers, with most artists performing exclusively in the dialect targeted at older generations. Despite this, mainstream artists have nevertheless continued to perform selected songs in these dialects, some to great popularity. From David Tao‘s remake of ‘望春風 Spring Wind’ to A-mei Zhang‘s ‘夢中做憨人Sorrowful Regret‘, and even Lala Hsu (身騎白馬Riding On White Horse) & Crowd Lu (魚仔He-R), the popularity of these songs on the charts show that audiences are not opposed to the notion of incorporating these languages back into popular social conscience. Yet given the general lack of popularity of exclusively Taiwanese language music, younger generations of artists have long steered clear of putting all their eggs in one basket-except for one.

DJ Didilong aka Yinghung, a cult favourite of the Taiwanese hipster youths raps, sings and writes his music entirely in the Taiwanese dialect, putting out a fresh mix of Hip Hop, Rap, Funk, and Disco that is cutting edge and comparative to the standard of any Mandarin-speaking Hip Hop artist. A bit of an enigma, the suave artist won himself critical acclaim at this years’ Golden Melody Awards with his debut album ‘Taipei Didilong’ as he was nominated for Best Taiwanese Album and Best Taiwanese Male Singer, using his mesmerising vocals and indomitable charisma to bring the Taiwanese dialect back into popular social conscience. We spoke briefly to him about his music as he and his record company KAO!INC. ready themselves to take on North America in their ‘Coast To Coast’ tour end November:

1. It is not often one finds a young hip hop artist who chooses to perform almost exclusively in the Taiwanese dialect. What was it that made you decide to write your songs for your debut album completely in Taiwanese?

Using ones’ own language to tell the stories of my home, that is what is most natural.

2. Your work has been inspirational for the youth in bringing awareness to the Taiwanese dialect. Do you intend to continue writing and performing your music solely in Taiwanese?

Of course I will, just like how in America, there are many different ethnicities, languages and cultures, I especially like to be part of a different mode of expression, that represents every ethnic group’s cultural background, way of life and inner thoughts.

3. If you were to pick one song from your discography that you would recommend to others when introducing your music, what would you choose and why?

‘Taipei Didilong’’s lyrics and musical recording all fully represent the place where I grew up.

4. Do you have any new works in the pipeline? Can you share with us a little about what’s up next for you?
​
I am currently working on musical arrangements for a movie, within it I also wrote some of the movie’s theme songs, they are quite different to my compositions in general, I am very excited to let everyone experience a different me.

To DJ Didilong, it seems that all these other considerations that other artists might account for when deciding what language to perform in are irrelevant. He does what comes most naturally; using his mother tongue and combining it with musical elements that he enjoys to create a unique style that is not easily replaceable. Making music from a place so pure and innovative, Didilong’s sound leaves me optimistic for what future generations of Taiwanese young talent may come up with.

Hip Hop company KAO!INC. which consists of Soft Lipa, GorDoN, DJ Didilong, Deejay Gin and Leo Wang are touring LA and NYC, holding shows on the 19th (LA) at the Echoplex and on the 22nd (NYC) at the Highline Ballroom.See below for more information.