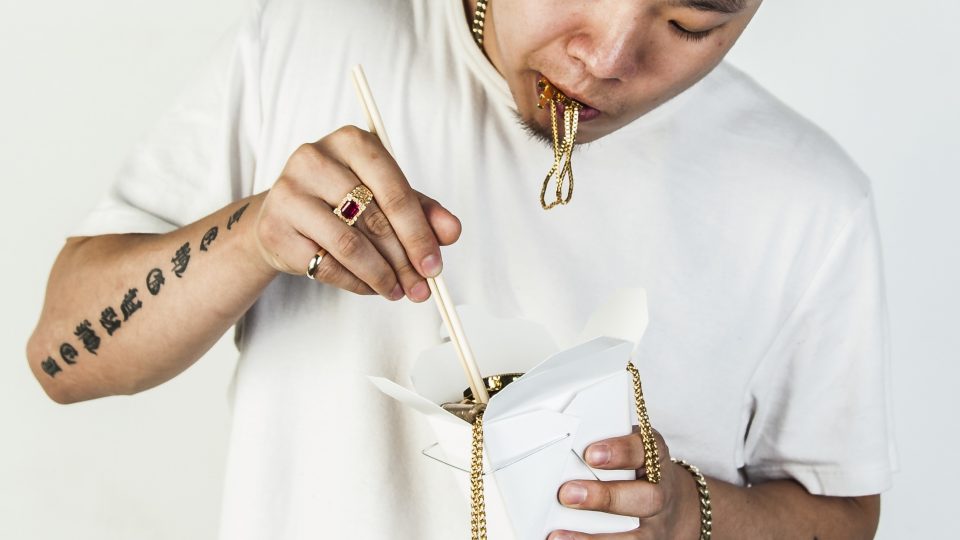 Chinese-American rapper Bohan Phoenix is someone who inspires me deeply. In the lead-up to our interview (and even earlier prior), I would read write-ups on his experiences as he seemingly effortlessly fused Eastern and Western elements in his music to bridge cultural gaps, and often a million questions would come to mind. Especially in own quest for finding ways to bridge cultural divides and navigate the complicated landscape of the contemporary music industry, it was nice to chance upon someone who too was thinking deeply about the same issues.

Armed with empathy in spades, a moderated perspective, and a steadfast passion that burns deeper than the average human being; Bohan is a great example of someone who I think could bring real, meaningful change to the Eastern and Western music scenes.

But unlike the other articles I’ve read which tout him as ‘China’s most uncompromising rapper’, or the answer to bridging cultural divides, I wanted to unpack his identity and his mission outside the confines of his skin colour, political context or the topic of his musical content. For music to make meaning, it has to come from the heart.

And it just so happens that for Phoenix, telling his unique narrative has allowed him to explore this bridging of cultural gaps in ways that never could be replicated. But even for him, it wasn’t an immediate revelation.

“When I first started writing, it was all English, those kinds of bars…like metaphors and similes and…nothing was really clicking because I was just another Chinese trying to impress someone…It was during my time at NYU in New York when I started to realise maybe I should tell my own story because none of this other shit is really clicking…”

Describing it as both a gift and a curse, Bohan went into detail exploring the intricacies of hip hop culture, and how its lyrical content is intrinsically linked to African American narratives that don’t belong to him.

“I think hip hop is such an interesting thing because on one hand you do an amazing copy edit, it does work…on the other hand, talking about the whole black narrative of talking about struggles and rising up and making a place for their people and culture in the white context of America, is part of the reason why in the black narrative hip hop they talk about ‘we got money, we got chains, we got the bitches, look at our cars, fuck y’all…’, it makes sense. But a lot of Chinese kids they directly take that. Most of these guys…never gone through a single struggle in their lives… They don’t know about the culture…they don’t really understand the context behind it, and why should they? …ignorance is bliss man, sometimes when you know too much you start overthinking, and in music you’re not supposed to overthink, so.”

This understanding of the culture surrounding the music he loves, amongst various other considerations have shaped Phoenix’s lyrical content, and his multi-faceted perspectives render his works even more complex and layered. Throughout the interview the 27 year-old conducted a thorough and honest inquiry over his intentions in entering this vocation, the music he’s created over the years, and his representation and impact as an artist.

“I just want to be understood. I want to just tell my story. So as appealing it is to have on a song and a fire beat and go off talking about everything I got, well to be honest, I DON’T have all that. And all the rappers talking about it, they don’t got it either. So you’re just going in a circle playing with yourself, you’re kidding yourself…and there’s no growth whatsoever.”

Bohan’s insistence on personal growth and finding meaning through his journey seems to be one of the reasons behind his steadfast approach to his music.

“For me anything you’re doing, if you’re not growing from it…maybe you should do something else…Evolution teaches us that we should evolve. And if you’re not evolving in a spiritual level, and the day-to-day level and the how-you-treat-people level because of what you choose to do with most of your time… then maybe it’s not the right thing.”

Yet Phoenix was in equal parts honest about times where he lost sight of his philosophy, and opened up about how the temptation of financial comfort has brought on unexpected challenges.

“The more money I make, the more emphasis I put on making money with my music. Earlier this year, when I did this tour in China in March, ticket sales wasn’t going too good, so I was like…’I need to put out a really turnt up song so that people will want to come to the show and turn it up’. And so I made that ‘Yaode’ song, which is fine. Like, I don’t feel like great about it or negative about it. But like, I don’t like to do things, because money made me do it, you know?… More than before when I was broke as hell and couldn’t pay my rent…right now more than ever I have to remind myself to stay creative. Whereas before that was like ‘of course I’m gonna be creative, that’s all I have’…You have to have such discipline to hold on to what you had before you made any money. So that’s like the biggest…challenge I find myself in these days.”

This perfectly positioned us to chat about Bohan’s new song ‘Money Game’, a collaboration with LA DJ/Producer MAKJ and Chinese rap diva Vava, where Phoenix sings about this very balance between maintaining financial sustainability and staying authentic. A line in the song that kept coming back to me was “我需要something realer (I need something realer)”, so we asked the rapper what he defined as ‘real’.

“The whole word ‘real’, it irks me…real is so relative. But for me what’s real is more about speaking to what I know and doing what I know so for me the something realer is hoping I don’t lose my way in this rat race of getting money, getting fame and still trying to do what I do.”

Despite his dislike of the term, Bohan’s almost pedantic insistence on honesty and authenticity nevertheless renders him one of the ‘realest’ rappers I know. With a heart of gold and a sense of stark self-awareness that entwines itself comfortably into his music, Bohan seems to be constantly striving to better understand himself and the world around him. He intrinsically understands that we come into this world with nothing but our beliefs; and the aim of the game is not to accumulate riches or fame-but to navigate and survive with our core values still intact.

Although Bohan’s traversing of the Eastern and Western music scenes was what initially piqued my interest, in speaking to him I found so much more to appreciate than just the rarity of what he stands for. Anyone can profess to be a champion for a cause, but it takes a special person to be intrinsically inspired by it to consistently create world-class, authentic art; for no other reason than that it truly fulfils them. In constantly pushing himself to be better every which way, he rises above the money game, always ready to take his music to a higher plane.