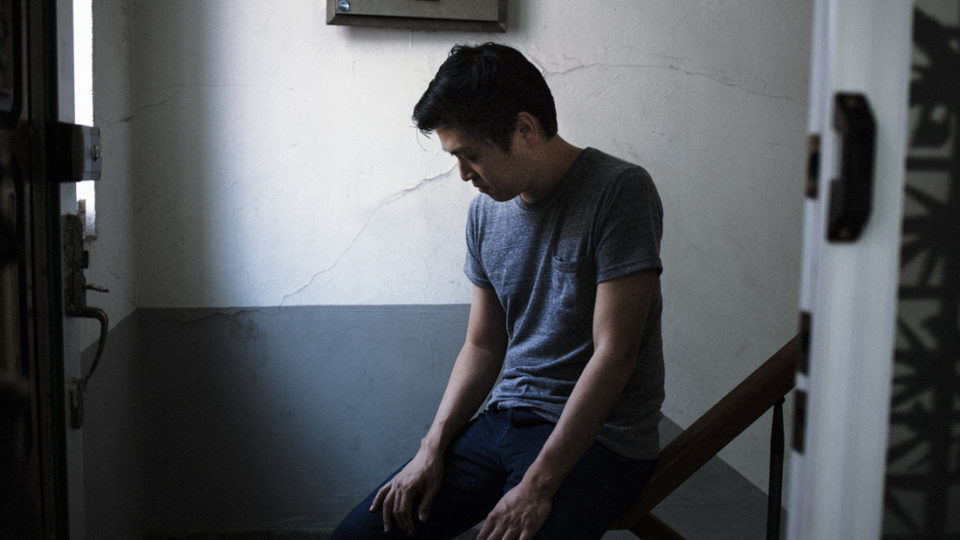 If I were to describe Big Phony in three words, it would be ‘humbled by experience’. Not in the way that many artists nowadays use the phrase, as an offhand statement to describe some corporate-sponsored once-off activity, but as a philosophy of speaking only from experience, making decisions that one can be happy with, and being humbled by having the autonomy to make such decisions.

And in a world where many face the need to compromise between artistic integrity and economic stability, Bobby Choy a.k.a Big Phony’s story is a sight for sore eyes. A talented musician who highly values the artistic integrity of his work, Choy’s often melancholy blend of mellow indie folk is unassuming yet deep, his lyrics always honest and delivered thoughtfully in his gentle, kind timbre. Debuting in the States in 2005, the seasoned singer-songwriter has come a long way since he took on the stage name ‘Big Phony’ in an attempt to handle others’ negative perceptions of his music.

“When I released my first album in 2005 I was afraid to release it as “Bobby Choy”. I felt self-conscious about a perception I felt people might have of me given the way I looked… I think I had less faith in people back then, and in myself. I hated the thought and possibility of anyone judging my songs on anything but the music itself. I think it didn’t help that I had no artists I looked up to that looked as I did while growing up… You definitely see more Asian Americans representing in the mainstream today. The hope is that a world where anything seems possible reflects a space where young people know without a doubt they deserve to be there just as much as anyone else. Fear keeps you from moving forward in art and in life. I’m not entirely sure what the state is now for the Asian American indie industry but I just hope there’s less of that fear I faced as a youth.”

Choy relates back to a story retold by many Asian-Americans, citing a lack of representation in the media as a stumbling block for their careers. But now releasing his latest self-titled album “Big Phony”, his stage name has taken on a different level of significance, reflecting a turnaround of perspective for the singer-songwriter.

“It’s one of those things where I’ve always figured I’d one day release when I got signed to a major label or something and they’d issue my first release a self titled album to legitimize me as an artist ready for the spotlight. Nonsense really. I figure it was time to move on and lay to rest silly notions like that. I think this album also is pretty eclectic and people so far have completely different favorite songs on it. I think that’s what I want “Big Phony” music to uphold. Something for everyone.”

And I too like to believe that Big Phony’s music contains something for everyone. Choy’s willingness to share his experiences and eloquence in expressing himself through his music is admirable, effortlessly rendering him relatable to many audiences. He talks about the importance of songwriting to him, and shares a few anecdotes about the creative process for several songs on his new record:

“For me writing is a way to move on. To accept the good and the bad that comes your way because you know that at least it served a purpose. A song can sometimes be proof that you’re getting by in life just fine, or that you’re ready to let go of a memory it’s associated with. This album speaks on levels of that sentiment I feel.  It’s less dark than my past works, I think. And some of these songs I wrote years ago but they’re only seeing the light of day now.”

On the Count of Three
“One song on this album “On the Count of Three” I wrote around 18 years ago. Some memories stay with you longer than you imagined you’d need them to and then one day you’re finally cutting the cord. It’s essentially a love song I wrote back when I didn’t know anything about love at the time.”

Shoot the Sh*t
“My favorite track on this album is called “Shoot the Sh*t”.  I wrote it in the bathroom.  It’s a song about lifting up your friends that are too proud to ask for help. I think the take on the album was the 2nd/3rd and last take where I sang the wrong lyrics a couple of times on it.  We went with it anyhow because it felt okay. Goh (Big Phony’s Producer Goh Nakamura) gave me a big hug after that take. Haha.”

Hanging on a Thread
“Hanging on a Thread is a song about taking control and doing something that matters to you.  Even if no one gets what you’re doing and you’re on your own.  There’s nothing deep about it.  It’s simple.  Don’t let anyone get in your way.  Actually the last line in the lyrics used to say “So get out out of my f***ing way!” Didn’t make the final cut ultimately, haha. It’s still on the demo though. An Rong Xu did a great job on the music video. I basically sent him all the songs on the record and that’s the one he chose so we went with it.  It almost didn’t happen because I didn’t have a budget for a music video.  Thankfully he was in stopping by Seoul briefly and had the idea of just having friends of ours simply run. They were a huge help. Good man that An Rong Xu. So incredibly talented.”

Choy also spouts praises of latest album producer Goh Nakamura, who came up with the concept of recording the album entirely in analog:

“Goh and I had discussed from the beginning of going analog just because it’s how our heroes got it done back in the day. Honestly, it was his idea. He was right. I really didn’t know what I was getting myself into but I couldn’t be more happy we went through with it. Not sure I’ll ever be the same again because of it. I do think it’s made me a better musician and possibly in the future will make me a more efficient songwriter even. Even the disadvantages of analog tape recording turn out to be a blessing. The limitations of track space makes you more decisive of where you want to go with a song and of what you absolutely need and what you can live without. Also the fact that you have to physically rewind the tape to get another take makes you want to be better prepared overall, otherwise you will lose a lot of precious time. And it sounds better.”

Another part of Bobby’s experience that intrigued me greatly was how one soul-searching trip to Seoul in 2011 was able to change his life; opening more doors for his music, but more importantly allowing him to find answers to personal questions about his own self-identity.

“Seoul is a great place but it’s also a place that can eat you up and spit you out if you’re not careful.  Similar to New York City I believe.  Specifically though, I love Seoul because it helped me close a gap in search for my own self-identity. Moving to Korea helped me understand my parents better and why they may have left this place in the 1960’s for the US. The single best thing that has happened to me in Korea is learning the language enough to be able to communicate with my mother in Korean.  Before moving here I had never known things such as my parents had both been born in North Korea, their first date, in Manhattan they watched Dr. Zhivago and my dad left my mom there to go on another date, and that both my mom and dad had multiple siblings I never knew about that passed at an early age (a common thing amongst their generation apparently). Dad passed when I was 18. I’m glad my mom and I have been able to do some much-needed catch-up, albeit late.  Seoul is a special place. I don’t know if I’ll be here forever but I’ll always come back and often. I’ve met life long friends here.”

Big Phony’s words provoke an insightful perspective of Korea that delves past its K-pop-and-Kimchi exterior, weaving the country’s significance deep into the tapestry of his musical and personal history. Another prevailing theme which has shaped the singer-songwriter’s music is his past personal issues with self-confidence. He shares a few last words of advice with passionate amateur singer-songwriters afflicted with the same burden:

“Let go of any ego you have.  It will get in your way.  Surround yourself with intelligent and honest friends who will tell you frankly when you suck.  The more difficulties you have in the beginning the better prepared you’ll be for the future.  So don’t be afraid of failure.  Chase it even. I learned this the hard way.“

As the weight of all Bobby’s words finally settle in my head, I am amazed at how his rhetoric is so admiringly heartfelt yet persuasive. Chatting with him has allowed me to understand why he has become such a critically acclaimed singer-songwriter, and so well-loved amongst his fans. The attraction lies both in the simple poetry of Choy’s words, and his honesty in sharing his personal experiences. So in a world where authenticity has become a marketing buzzword that has its meaning challenged every day, it is comforting to know that Big Phony’s music will always remain authentic in the true sense of the word; full of honesty and integrity.

Big Phony’s self-titled album ‘Big Phony’ will release on the 30th of September on iTunes and Bandcamp, and will release everywhere else on October 3rd.