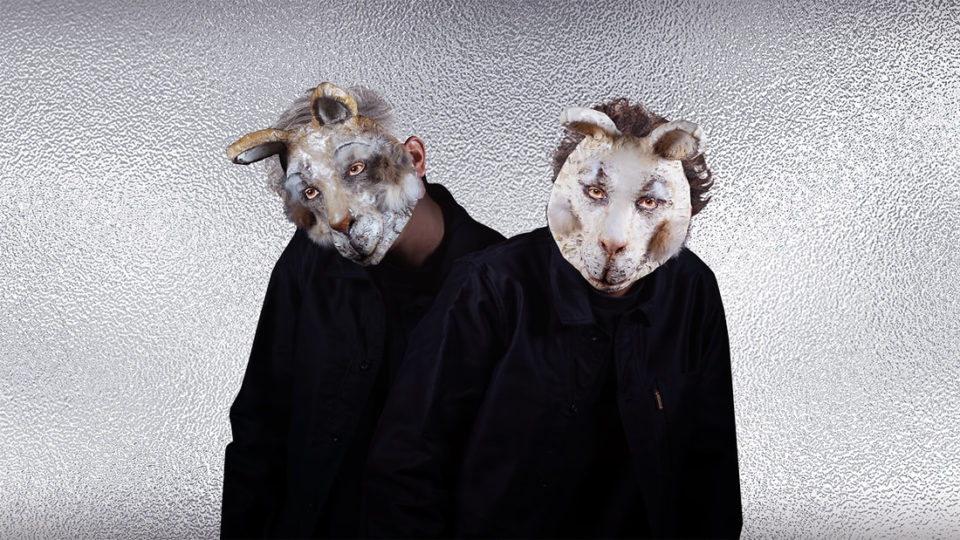 Making waves on Spotify with their first viral single ‘Best Part Of Us’ featuring Michael Kaneko in 2017, Japanese DJ Duo AmPm have built their brand on intimate and bespoke collaborations since the very beginning. A unique act in many ways, the masked creative unit proffer funky electronic mixes with a touch of Japanese flavour which has garnered them critical acclaim worldwide and even led to them producing for the likes of Afrojack and R3HAB.

From chatting to them about how they started the duo to begin with, the telltale signs are already there that AmPm are not just any ordinary DJ duo.

“In 2017, we made our debut with our 1st single ‘Best Part of Us’ featuring Michael Kaneko for the vocal. Before the debut, two of us travelled around the world together. During our trips, we met various artists and came to realize that there were so many great artists we were not aware of. As we wondered if we could something with them, we faced a big task to work on. We worked hard to earn money for organizing a music festival in Japan… However, we thought there should be something better we could do with them. We came
up with an idea that we ourselves become famous as an artist and collaborate with them. In that way, we thought we could possibly establish better relationship with them from different directions. That’s how we decided to make a debut.”

With their masks and their ultimately altruistic goal to bridge borders and provide deserving artists with a platform to stand on, these guys are musical superheroes if I ever saw one! Another thing that makes this unit stand out from other acts is their unconventional (and very effective) focus on the digital market.

Whilst this may seem stock standard to most to have a digital strategy in place, Japan is still considered a physical driven market. Thus, we dug deep with the guys to learn more about why they turned their focus to streaming.

“CD sales are still huge in Japan. But that’s only the case of artists in major labels. Those who have long careers and a big number of fans. Recent indie artists like us do not have that many fans, and the costs to produce CDs are huge burdens to us. So we would say that digital release was the only choice we could focus on. Specifically we spent time on focusing on how we could get into Spotify’s unique viral chart.”

Tracking down their positioning and how to get there with a laserlike focus, this media-
savvy duo are truly a force to be reckoned with. And as they’ve grown as a duo, in recent
years they’ve started to look past just collaborations between Japan and the West; instead
widening their scope to look at how they can connect Japan, Asia and the world.

“We have worked with numerous Western artists for collaborations. There must be many
Asian artists who have done the same. At some point, we thought it is important to work
with Asian artists including Japanese ones. With our experience of having challenged in
Western market, we came to realise that we need to strengthen our identity.

Recently 88rising is doing well globally, but generally speaking, many people in the world
still think Asian music is like only K-POP. If we unify together, we can send out more kinds of
Asian music to the world and have them heard. That’s why we think collaborating with Asian
artists is important.

Also there must be unconscious bias against Asians. We keep collaborating with Asian artists
until the bias vanishes. There are a lot of great artists in Asia. We hope we can pull people’s
attention to them.”

Kicking off this first round of collaborations is AmPm’s latest single ‘Sorry That I Love You’
featuring Singaporean R&B band Brb.​ The duo spoke highly of their collaborations with the talented group, and even shared some insights on what they felt makes Singaporean music different!

​“We usually feature one vocal, so working with Brb. was our first time to collaborate with a group. They provided and showed us so many ideas and possibilities. Of course this song became something more than we expected… We felt that Singaporean music are sophisticated and subtle. On the mental side, it’s really full of kindness. Those feelings we received can be felt through the collaboration song.”

Given that their identity and concept is built on collaborations with others and the featuring of a myriad of different artists, we had to know these guys’ secret to a good collaboration: “In the current music scene, many collaborations are happening. This is a great way to please both fans. At same time, we need to maintain our identity. To do that, we need to establish and have a solid sound and style. Artist identities could possibly fade by doing collaboration works. Keeping ourselves in a good balance is important.”

So what’s next on the cards for AmPm? It seems that they already have more collaborations with Singaporean acts underway, while setting sights on the Australian music scene for inspiration. It is not easy to be a band that keeps growing, changing and expanding whilst keeping in line with their initial philosophy, but I think this is something that the DJ duo has become a master at. And for them, this is just the beginning.

AmPm’s new single ‘Sorry That I Love You’ with Brb. is out now on all major streaming platforms. Listen now.