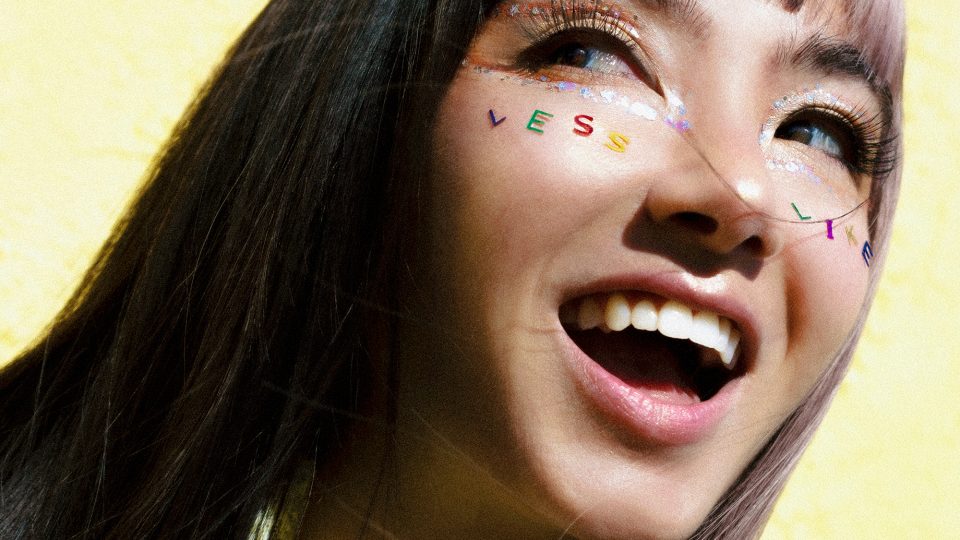 For someone who has accomplished so much, Asian American singer-songwriter Hollis Wong-Wear is as down-to-earth as they come. A grammy-nominated creative whose credits include the likes of Macklemore and Ryan Lewis, Hollis also wears hats as an community advocate, activist, poet and creative generator who has found so much fulfilment in the creation of community and development of creative spaces.

We spoke with the driven artist as she was in the midst of finalising her newly-released solo debut Subliminal, and got a chance to pick her brain about the ground she covers in all her efforts, where it all started and her creative process.

For the passionate singer-songwriter who’s considered a veteran with over a decade of experience under her belt, it all started with a love for spoken word poetry, hip-hop and a DIY attitude in Seattle.

“It started in when I was in Seattle for college. I had been doing spoken word poetry as a teenager. I was big, big fan of independent hip hop…And so me and my best friend Maddie, we were both poets, and we both really loved rap music, but we didn’t see any like young women in Seattle making rap music. So we were like, well, maybe we can be those people…We were like DIY, we were doing it all ourselves…things were just so different. That was like 12,13 years ago, when there was no Spotify… So it was a time where being in person and being with people in real life and community, that’s what there was. And that’s always what I was really excited about.”

That excitement for community and collaboration has taken Hollis farther than she has ever imagined, and she shared further about how it energises her and continues to keep her grounded in what’s truly important as an artist for her.

“I was not one of those people that was like, ‘I want to be nominated for a Grammy someday or like, see my name in lights’…I just never really thought that was possible for myself. But what I really loved was being around people who inspired me; like being around people who were politically active and culturally active, and just being in a really energised inspired space. So that’s kind of what drove my desire to make music.”

During our chat Hollis touched on an important point, which is the fine line between ‘making connections’ and ‘forming relationships’ within an industry such as the entertainment industry. She shared that for her it was never about the branding or reputation aspect of making those connections, but truly about making deeper connections with like-minded individuals which were able to fuel her creatively.

Yet her latest album Subliminal which is the artist’s solo debut sees Hollis turning the spotlight onto herself to overcome some creative barriers. Having worked at the highest caliber in many facets of the industry, but always in a collaborative mode (such as featuring on tracks, writing behind the scenes or being the frontwoman of band The Flavr Blue), the album is a stunning milestone in showcasing Hollis’ persistence and creative depth.

“I love the work. I love working with The Flavr Blue, and I love the work that we did…I don’t want to sell my past self short, but like, (it was) important for my musical development and for my development, like my confidence as a performer and as a songwriter. And I learned a lot from my band. I also realised at a certain point that I’d become really dependent on them to create, like I didn’t know how to create on my own. Even though obviously, now I continue to collaborate with producers, I really had to step up.”

Describing her momentous debut as a ‘meditation’, it was refreshing to see her step into her own and allow listeners an unadulterated look into what makes her tick. An album of 10 songs where polished, dynamic pop, feminine cerebral sensibilities and intelligent introspection meet, the work truly encapsulates all that Wong-Wear stands for. She attempted to articulate that intrinsic need for her to create a solo album:

“I knew that I wanted to write an album because I love albums. Like I think about albums that really touched my life. Like The Miseducation of Lauryn Hill, Joni Mitchell’s Blue, Jagged Little Pill by Alanis Morisette… albums are so important. And I think I’m at this place in my career as a musician where, it took for me like a lot of work to get to a place where I even could be a solo artist. And so I think I was very intimidated by the form of the album. I’ve been writing music… at the end of 2020, the end of 2021 and a lot of those things just were adapting to learning how to write music in isolation (because of) COVID. And, you know, at first I was like, ‘Oh, well, maybe I’ll put out an EP, I don’t know if this music is strong enough…and then I kind of had to have like a chat with myself and realise ‘you’re enough…you don’t have to wait to do this anymore. Like, it’s time to pull the trigger and to create, and to put together work that you are proud of, that you can stand behind.’

In a time where everything around you has ground to a halt and there seems to be absolutely no extrinsic motivation to do things for oneself (such as releasing a long-awaited debut album), it’s empowering to hear the internal struggles that Hollis went through to give herself the permission to release this body of work. As a fierce advocate for artistic independence, the album seems to be a much-needed expression of advocacy for herself as a human and artist. She shared a little more about the concept of what she was trying to express on ‘Subliminal’.

“To me subliminal kind of speaks to…just all the things that we’ve been processing and going through in the spectrum of emotions during COVID. Like, on the surface (is one thing), but what’s happening underneath is another, but I think also…I had to really trust in my intuition, I had to trust in what was subliminal in order to not only create this project, but to be an artist to begin with… and there’s that, deeper intelligence, that deeper knowledge that we can’t always firmly grasp or articulate, but…we have to believe and trust that it’s within us.”

For someone like Hollis whose musical journey started from a love affair with words, her creative process has always been strongly driven by concepts and inspirations drawn from literature and poetry. She has this magical ability to create breathtaking worlds and tapestries within her songs, and transform borrowed concepts into something that is truly her own.

“The other day I was in the studio and I had like four poetry books with myself, I love to read and be inspired by the way that other writers and poets phrase things, I think I really just appreciate being inspired by other writers and then thinking about, ‘okay, I love that word or that image and what does that inspire me to write?’ And what does that make me think of and just thinking of everything kind of as like a stream of consciousness…”

From Anne Sexton to Maya Angelou, and Cathy Park Hong to Gabriel Garcia Marquez, words are such an important and inextricable part of Hollis’ process and she credits these authors and many more with inspiring her songwriting style. But despite the relatively introspective process of putting together a solo work for herself, Wong couldn’t help but praise the myriad of close friends and creatives who supported her on this project, such as Dresage, Sweaterbeats, and close collaborator Chucky Kim; once again reprising her role as an advocate for creativity and independent artistry. The artist shared the myriad of emotions the album represents to her, a tasting platter that pays homage to the different chemistries that came together to create this LP.

“These songs to me demonstrate this spectrum of feeling, like ‘Burn Burn’ is such an anthem like ‘burn it all down’ (song), and then there’s ‘For Keeps’ which is super tender and almost like a whisper, and then there’s the celebratory vibe of ‘Freqs’…And so I hope that there’s something on the project that speaks to somebody in a really real way.”

And of course, as one of many who is deeply inspired by the independent spirit that feeds through all of Hollis’ work, I couldn’t help but pick her brain a little on her experience in earlier years navigating the music industry, and how she found her way to becoming an advocate and ambassador for independent musicians everywhere.

“The music industry is clearly exploitative, in the traditional sense. But it’s (also) an industry that is almost founded on disruption, like you can never predict what’s really happening with music at any given time. And I think I just realised how difficult it was for me all these years to navigate all of the complicated complexities of what the music business is, and (it’s) frustrating to me, not only to have to kind of learn things by omission and prayer, but also to realise that creators were so often being the last ones to get paid… while being the most important and the first thing that the music industry runs on… So I think for me, part of it was self serving, I just wanted to educate myself better, but then (when) you have the wealth, you have to share the wealth.”

The creator also had some words of wisdom for budding artists which made a real difference for her in earlier days:

“I think the other thing too is just to realise – your value or worthiness as an artist comes down to the body of work that you create, and the art that you make, and it doesn’t have to do with having a manager or having an agent, or even like getting a media look… I think sometimes you see the external factors…people are focused way more on appearances than the actual music. And I was guilty of that… At the end of the day, the most important thing is that you are an awesome artist, that your music is awesome, that you are a great performer…The most sustainable thing you can do as an artist is just be the best artist you can possibly be.”

From our conversation, it’s clear that community building and advocating for the importance of creative workers is a calling for Hollis, and her album Subliminal is just one way in which the driven singer-songwriter walks the talk. The album is significant not only because it features Hollis’ unique musical sensibilities, but also because it’s a masterclass in presenting the work of a creative who is fully aware of ones’ potential, and who strives to fulfil that potential through grassroots connections with likeminded individuals. There is much still to be learnt from Hollis; but for now we’re content with keeping this ear worm gem of an album on repeat.