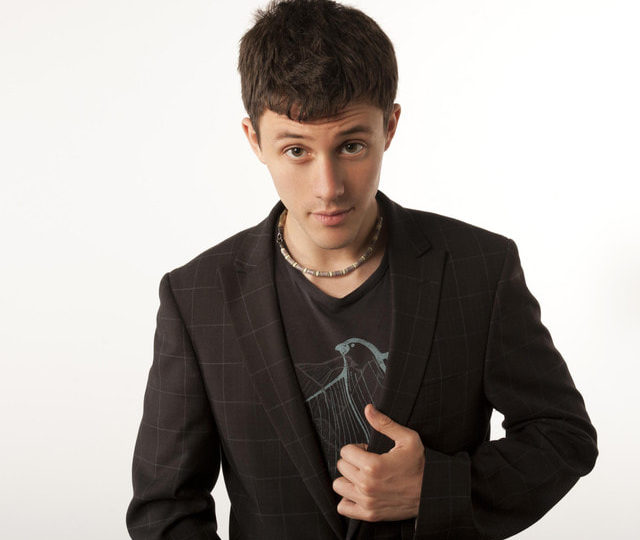 Cream of the C-pop #4: Interview with Kurt Hugo Schneider – Staying on Top of His Game

In collaboration with Taiwanese YouTuber/singer-songwriter Dena Chang, Asian Pop Weekly is launching an all-new video & print interview series called ‘Cream of the C-pop’ where we go deep with our favourite Mandopop artists to create effortlessly engaging content accessible for both Eastern and Western audiences. Each episode will comprise of a video interview and tailored game segment hosted by Dena aired on her YouTube channel, released simultaneously with the feature right here on Asian Pop Weekly. ​

Kurt Hugo Schneider is all about the grind. For all his millions of subscribers all over the world, the down-to-earth YouTuber is still used to wearing all the hats-from recording and producing his own tracks to filming and editing the videos. Known for his innovative and tasteful mashups and medleys of pop songs, the 30 year-old rose to fame when his Michael Jackson medley with Sam Tsui went viral. Since then, the multi-talented creative has continued to expend his influence by pumping out new, never-before-seen methods of transforming well-known songs. Be it sonically or visually, KHS is truly a pioneer of the remix culture as we know it today.

From Billboard hits to Bollywood, the gregarious personality seems to have done it all, contributing greatly to bridging gaps between cultures through music. As Kurt succinctly puts it, “Music, universal language. Even if you don’t speak the language, everyone kinda gets music”.  He shared with us how he comes up with his inventive ideas for mashups.

​One of his covers which piqued our interest in particular was KHS’s collaboration with Casey Breves and Jasmine Clarke on a cover of Mandopop favourite ‘Love Confession’ by Jay Chou, where he reinvented the song as a duet with an uplifting, atmospheric arrangement. After hearing from Breves himself, we thought it would only be fitting to hear from Kurt himself how the collaboration came together.

“I did it with a friend Casey who is incredibly enough-I don’t know if he would say fluent because he talks with people all the time in Chinese… (but) he’s also just really good with languages and a very smart guy. (Jasmine Clarke) just hit me up, I thought that this would be the perfect song and I said ‘let’s do it’ and it all went from there.”

Despite calling several big-time artists including Sam Tsui, Lindsey Stirling and Rebecca Black past collaborators, Schneider sees his channel as a platform for collaborations with anyone to come to life; as long as their music is up to scratch.

“I’ve worked with a lot of people who have absolutely no following but they’re good. I think if something’s gonna be fun and interesting I’m down… It’s my pleasure that I can work with so many talented people all the time.”

But out of all his past collaborations, there is one notable collaborator who has been a seminal influence and part of his works since the very beginning-singer-songwriter Sam Tsui. Kurt spoke a little about his friendship with Tsui, which started when they were in middle school.

“The person I’ve collaborated with the most is my friend Sam. He’s an amazingly talented singer and an all around great musician too… It’s been a long time. Obviously there’s some people who I’ve just known for so much longer and collaborating with them is still easy. Not only did we go to the same middle school we also met when we were on the same bus.”

Kurt also let us in on how he manages to keep those brain juices flowing to keep up with YouTube audiences’ ever-growing appetite for new and interesting content, even when his inspiration has reached its breaking point.

“Go out and eat some food and come back. Sleep on it and wake up the next day. I guess try to get your mind off it and do something else. I wear many different hats doing the music side and post production on music, like the more technical…but the nice thing about doing things like that and also video is that if you can’t come up with an idea on some piece of music, you do that and come back (and) you have some idea you didn’t have before. Sometimes I feel like working in a different area recharges the brain a little bit.”

From hiding a mattress in Yale University’s multimedia centres so he could create content day and night to becoming one of YouTube’s most prominent personalities, Schneider has come a long way. Along the way, he’s learnt several important lessons; about the importance of maintaining personal non-work relationships, and navigating the YouTube landscape. But most importantly, he gave some choice advice about creative control in an industry where authenticity is key.

“Creative people tend to be control freaks about their stuff. If it’s something creative that you care about, yes you want to have a lot of say in how that turns out. But at the same time there’s only one of you, so gotta learn how to let go of some of that stuff.”

From our interview with Kurt, it seems that in working your way to the top, the goal should not always be just about the end destination. Instead, it’s about not letting external validation consume you, finding a way to make things work that works for you and always remembering why you do what you do.

Watch ‘Cream of the Crop‘ Video Segment with Dena here: