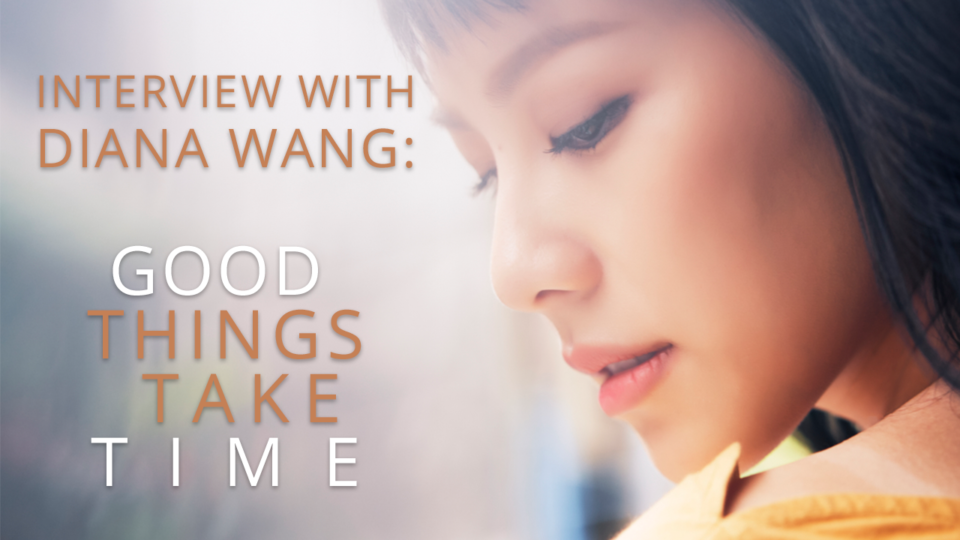 This article is part of our ‘Smoke and Mirrors’ article series. Read the other articles in the collection here.

In collaboration with Taiwanese YouTuber/singer-songwriter Dena Chang, Asian Pop Weekly is launching an all-new video & print interview series called ‘Cream of the C-pop’ where we go deep with our favourite Mandopop artists to create effortlessly engaging content accessible for both Eastern and Western audiences. Each episode will comprise of a video interview and tailored game segment hosted by Dena aired on her YouTube channel, released simultaneously with the feature right here on Asian Pop Weekly.

From getting distracted by cute kitties to waxing philosophical on her life journey, we went deep with the elusive Diana Wang in a sit-down interview the eve of her performance at the 2018 GMA Showcase. There’s been a flurry of excitement circulating the Netherlands born singer-songwriter since she unexpectedly announced signing with Khalil Fong’s new record label FU MUSIC last year, pushing out a new enticing Chinese Opera-meets-R&B sound.

Six or seven years after debuting as a fresh-faced artist, and basically a lifetime of chasing ambitions as a singer, Wang has reinvented herself countless times before. Yet the 27 year-old seems to have hit her stride after joining forces with FU last year, slowly but significantly revealing her song writing prowess and unique worldview.

A part of chart-topping hits such as ‘Home’ and ‘愛不需要裝乖Love Doesn’t Need To Pretend’, Diana’s ability to hold her own in reprising Western music genres was expected, but no one was prepared for the cultural masterpiece that was her 2017 album ‘Poem’; an organic yet daring fusion of Chinese Opera and R&B music. The chatty singer emphasises that her recent works; Poem詩 in particular represents a return to her roots.

“I think through the entire album Poem it was kind of something new. I can’t say it’s a new me because it’s a music genre that I used to love when I was really young. It’s going back to my childhood and there’s opera so it goes back to my mom, my grandmother.”

Truly, the fusion of Eastern and Western musical influences is burned deep into Diana’s bloodline, allowing its influence to be intrinsically a part of her. With maternal family intimately involved in the Chinese opera scene (Grandmother Wang Zhi Quan is a legendary Peking Opera actress, and Mother Wang Lei is a Peking Opera singer and performer) as well as strong western influences from her modern theatre-trained father, her current place at FU MUSIC seems increasingly fitting by the minute.

Yet one could say that Diana’s one-track mind set in becoming a singer was all her own.

“It’s basically always been there for some reason. Even without learning how to talk, I always had this toy microphone and I loved to listen to music and to dance and to sing even though I couldn’t really talk… When I was 3 or 4 they (Diana’s parents) asked me, ‘What do you want to do?’ And I said ‘I wanna go to Asia, I wanna sing, I wanna sing.”

And the quietly determined Wang with the full support of her parents, did just that. Travelling the world and spending time in Boston, Shanghai, and Beijing to hone her craft through music colleges and singing competitions; she finally settled long-term in Taiwan until her recent move to Hong Kong.

The constant moves have rendered the chameleon-like singer able to acclimatise quickly, training a keen eye for culture differences. However, Wang puts a lot of her recent music inspiration down to the decade she’s spent living in Taipei, which now feels like home to her. One prime example is her latest single ‘Good Times’, which was inspired by a polaroid board in her Taipei studio with pictures of friends and nature.

“For Good Times I wanted to write about people who…’ve been working for a couple years…the lyrics in this song are about the memories, thinking back to the good old times with friends…having good food and going on vacations together and now everyone is so busy it’s really hard to gather everyone together again… And also allow younger generations who are still in school to appreciate their free time with their friends.”

With a retro vibe and heady, summertime feel; the song reveals a side to Diana that was less present in her Poem album. Yet to her, this side is equally valid in defining her.

​“When a room is really dark and I only shine a little bit of light in it, you can only see a little bit of me. And this album is like that. And later on maybe I’ll turn on more lights, or more candles and the room will be more and more bright along with my upcoming pieces of work.  Good Times is actually another lightbulb in my room.”

Building on her metaphor, Wang elaborates:

“I will have more and more songs coming out that are more the current me so this is what I meant with the lightbulb, it’s kind of letting everyone see what I’m doing lately, what kind of music and what is inspiring me … also I want to share all these things with everyone…I want to share my experiences and the things that I think might help other people…”

​​And indeed, Diana’s unique experiences and zen outlook on life seem to have been honed through her years of experience within the industry. Although she only debuted in 2013, Wang’s journey to becoming a professional singer started when she was 16 or 17, allowing the artist to clock in a decades’ worth of experience before getting to this point. She gave a few choice words of advice during our interview:

“I think that everything you do…you have to make sure that this is right for you. Don’t do the things that you’re having doubts about… But then at the end I feel like you still have to listen to your heart…even if everyone tells you something else, you have to still think about if that’s right or if it’s not for you. I think as a singer as well, if I’m healthy here and here (touches her temple and heart)…that makes more sense than if there are any obstacles because there are always ups and downs. In one day you can have bad and good things happen…it’s about yourself, how you’re handling all the things. The small things to the big things…it’s all mainly just here (points other temple).”

Yet while the persistent singer has invested the better part of her life into chasing her musical dreams, there’s not even a tinge of regret in her voice. For the serene artist emphasises that although cliché; life is truly about the journey rather than the goal.

“If you’re 80 right now and you look back on your life, ‘What did I do?’, ‘Did I like my life?’,  ‘Did I like everything I did?’, ‘Is it meaningful?’ and this whole life story. So…definitely enjoy what you’re doing, because no matter if you’re doing a job that you don’t like or a job that you do like, it’s all hard work so why not do the stuff that you like… Maria Condo says …if your life sparks joy- everything I do has to spark joy right now.”

​And spark joy she does, in her own quiet way. By expressing herself slowly through her mysterious yet inviting musical style, Diana has increasingly fascinated and inspired audiences; now even more so than ever. Yet shortcuts were definitely not on the menu for this singer-songwriter. With years of taking small steps forward Wang has built a solid and sustainable foundation for herself. What seems like overnight success in the form of envious creative freedom was instead achieved through a mixture of hard work, patience, and rational thinking. For as Diana says, Good things take time.

Watch Cream of the C-pop with Dena & Diana here: