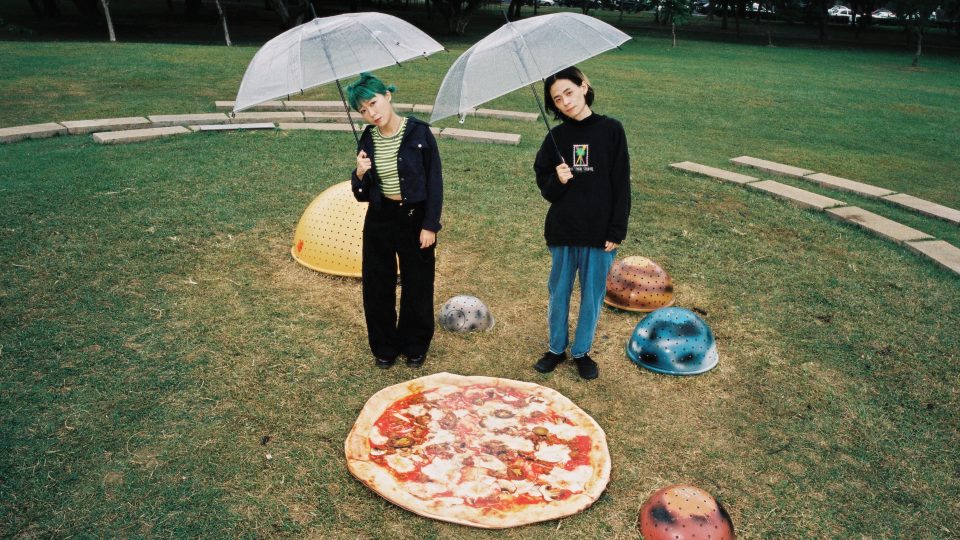 Interview with The Fur. – Consoling lost souls with serene reminder

“Fluffy, comforting, sometimes like a beast”. With this offbeat description, rising Taiwanese band The Fur., manage to encapsulate their unique sound in one sentence. A somewhat curious mix of guitar-led dream pop (think Se Seo Neon) and the retro vibe of 90s American teen movies (think GRRRL Gang), the band occupies a unique niche in the Taiwanese audio landscape. We caught up with them as they get ready to tour their latest album to talk about music, Messi and the year that was 2020.

Hailing from the tight-knit Kaohsiung scene, as per band folklore, members Zero 中凌 and Yoz 柚子 first met each other when they attended the same college. However, it wouldn’t be until they came to work on demos together post-graduation that The Fur would truly come into being. “We worked together for the first demo ‘Final Defense’ and submitted it to the compilation album selection. We got selected and…started The Fur”.

This homegrown flavour continued into the production of their full first length album Town. From quirkily named tracks “Blueberry” to “Avocado Man”, the record introduces us to their “fluffy sound” of summer synths and catchy guitar riffs, while featuring some early experimentation with more acoustic sounds. Talking about their all-English lyrics, Yoz reveals that this isn’t intentional, but part of the creative process. “When I start to compose a song I murmur some words along with the melody. And it usually sounds like English”.

Intrigued by their oft-cryptic song titles, we were curious especially about how the song “Messi” came into being. Turns out it was inspired by a girl they met who loved the Argentinian football player Messi so much that she wanted to marry him.

“We all have this person in our life. A person you admire so much and you never meet or talk with in real life. But this person keeps you moving on.” It was this song and the others on the album which led Town to be shortlisted for the prestigious Golden Melody Awards, as well as securing them an invitation to perform at the celebrated SXSW festival, launching them onto the indie scene.

Following on from their early success, even amidst the personal and public challenges which 2020 posed, The Fur. came through at the end of the year with sophomore album, Serene Reminder. Through this “series of memos in response to a year full of challenges”, The Fur. hope their ‘comforting’ sound can “console each and every lost soul of 2020”. Courtesy of their move into a professional recording studio under producer Yuchain Wang 王昱辰, they were able to display a fuller and more mature sound, adding atmospheric guitar riffs and a richer audio landscape to showcase their dreamlike works.

Experimenting also in terms of the visuals to go with their album, the music video for “Oh Why” features an epic performance from New York-based dancer Yuhee Yang. Working together with Taiwanese director Kao Cheng Kai, The Fur. shared the underlying concepts which influenced the performance. Talking about a couple having communication issues, they reveal that Yuhee wears the large coat over a purple bodysuit to emphasise that the true meanings or feelings of a situation are often underlying the physical form.

Speaking of their own personal favourite tracks on the album, Yoz chose ‘Julie’. “It is a song of comfort. When I go back to this song I feel like me in certain times and spaces is telling me to stop worrying about things and enjoy the present moment.” Zero however, opts for “Stay With Me”, a tune that struts in from the first notes of percussion with huge 80s shoulder-pads and legwarmers “It is a song with big power”, he notes.

“Fluffy, comforting, sometimes like a beast”. As the aftershocks of 2020 reverberate into 2021, The Fur’s Serene Reminder comes just at the right time to offer a care package in the form of music to face the year ahead.

The Fur. will be hitting Taipei and Taichung on their tour in Spring 2021 (find out more here).