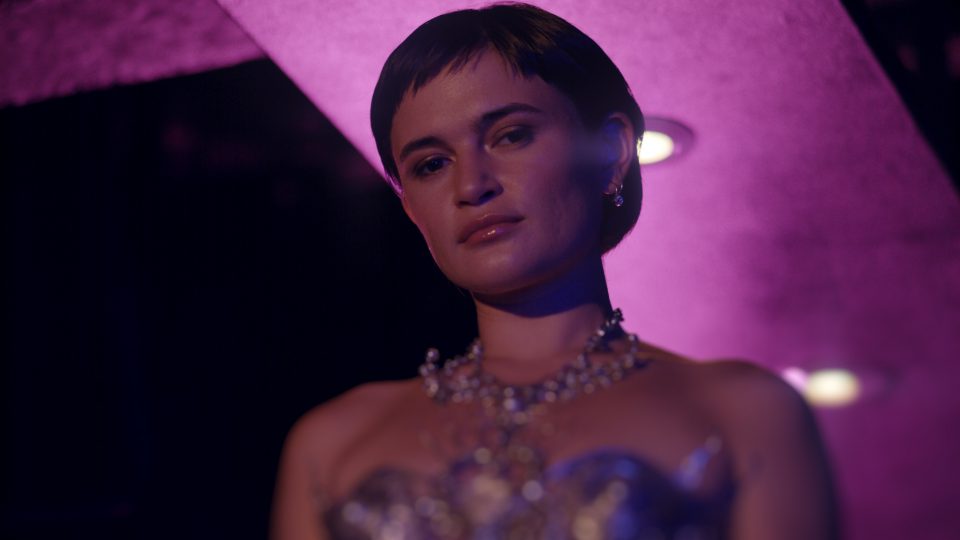 A cultural hybrid of sorts, Balinese-Australian artist and producer Komang aka Rosie Clynes is a sight to behold right off the bat. While ‘Dewi‘ is but her first single, its heady soundscape together with Komang’s persistent, all-encompassing vocals already tell an enthralling, immersive story of womanhood, ancestry and tradition. Featuring soul-based groove and echoes of traditional Balinese instrument the Gamelan, Komang’s debut is a bold statement about her mixed ethnicity and experiences; whilst putting out a unique ethereal-yet-earthy sound that keeps you coming back for more.

We had Komang join our ‘Choice Picks‘ series to make us a playlist of artists or sounds that have influenced the sound we hear on ‘Dewi’. From an intrinsic preference from New Age since young (Enigma), to the Bossa Nova sounds of her youth (Sade), to a deep dive into local Indonesian gems (Fahmy Shahab), we’re loving this personal curation of tracks that tell Komang’s eclectic story for her.

Track 01: Enigma – Return to Innocence
I’m going to be a dork and start this list off with some classic New Age. Even as a kid I was always really drawn to more ethereal sounds. Enya was my very first CD, and I think that soft, otherworldly element has definitely carried over into my own music!

Track 02: Sade – Love Is Stronger than Pride
A strong music memory of mine is my Mum’s car CDs. My Mum loved Sade so that was on regular rotation, along with Chaka Kahn and Whitney. Sade is still obviously my queen though. Her gentle vocals and her impeccable bossa nova/jazz-inspired pop nourish me a lot.

Track 03: Deadmau5, Kaskade – I Remember
When I was 8, I stumbled upon a burnt CD of 90s electronica from one of my siblings – it was Sasha’s ‘Involver’ remix album. I’d never quite heard dance music before but from then on I was hooked – I loved how sprawling, intelligent and mysterious it was. So I’m including this mid-2000s banger, still such a classic and inspiration!

Track 04: Hiatus Kaiyote – Nakamarra [feat. Q-Tip]
Melbourne has so many incredible musicians, and Hiatus Kaiyote was a big memory for me when I moved to Melbourne as a teen. When I was sixteen, I snuck into one of their gigs with some friends. I remember being blown away by their big future soul energy. I didn’t know you could make music like that and I’m still in awe of all of them.

Track 05: Erykah Badu – Apple Tree
What vocalist can move through RnB/new soul spaces without saying they aren’t in some way influenced by Erykah? I started listening to her as a teen too, and love her charisma, her spirituality, her inhibition. She has always just been 100% herself, and we love her for that. Erykah Badu is truly extraordinary.

Track 06: Fahmy Shahab – Kopi Dangdut
Going back to Indonesia as a kid, dangdut music would often be playing in the background; it feels so nostalgic for me. Dangdut is Indonesian folk-pop – it has a reputation for being slightly lowbrow or dated. But I love it. I think people are always surprised by that!

Track 07: Moodymann – Runaway
I got into a lot of classic and Detroit house through my clubbing phase and so I’m throwing some Moodymann in for good measure. I really love dance music that still has a tangible connection to live instrumentation, it feels more organic for me – dance music that is related to jazz, soul or funk elements.

Track 08: Barakatak – Musiknya Asik
When I moved back to Indonesia as an adult and started learning how to produce music, I would often wonder if anyone had ever mixed dangdut with the kind of dance music I enjoy. Then I learnt about Barakatak, the kings and queens of classic funkot, which is essentially dangdut-inspired house music! Barakatak are so much fun and blend traditional Sundanese elements with really delightful word play and some classic 90s samples.

Track 09: Kali Uchis – After the Storm
So many female pop vocalists bring me joy, like Kali. She, in particular, was a big inspiration of mine while I was learning to produce music. Kali produced a lot of her early work and even created a whole 17-song mixtape in one night. I don’t think people realize how prolific and capable a producer she is, because people have a hard time in general accepting the fact that sometimes women produce their own music.

Track 10: Komang – Dewi
Hopefully, you can hear a bit of all these influences synthesised into this song, in some way or another. ‘Dewi’ is a blend of electronic soul and 90s house-style production. It is a dedication to femme lineage and a call to action to be the best ancestor you can for those to come. It is my debut single and I hope you enjoy it!

Find Komang on Instagram at @komang_music, and on Facebook here to stay in the loop on her brilliant brand of Balinese Neo-Soul.