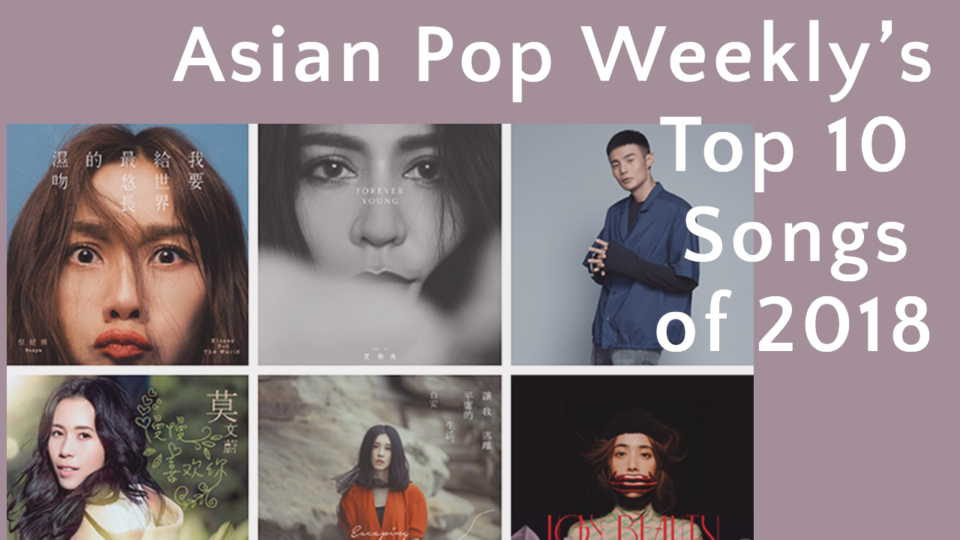 As this year comes to a long-needed close, the time has come yet again to compile a list of our top songs for 2018. This task has always been a delicate one; as we aim to choose songs that were chart-toppers while also leaving room for works that have contributed in a positive way to the creativity and diversity of the market. On top of this, I’ve also tried to choose songs that are cohesive and represent a general theme; reflecting on the year that has been. This year, I’ve chosen the theme of mindfulness and reflection. Be it a discussion of the world around us, our inner selves or the passing of time and life. In this year of confusion, despair and misdirection, we are all searching for something real to hold on to. This theme has increasingly resonates with me this year more than ever before, and I hope it strikes a chord with you too.

What top 10 list could be complete without this regional chart-topper? The song which was part of the soundtrack for the movie ‘The Ex File 3: Return of the Exes’ allowed Canadian-Chinese artist Kelly Yu skyrocket to fame since its release in February this year with its moody and atmospheric piano arrangement. Although ballads are often hit-or-miss, Yu’s steady, honest vocals tug on the ol’ heartstrings just so, giving listeners delectable texture to ruminate over time and again.

It’s been a great year for soft-rock outfit Sunset Rollercoaster, who executed a worldwide tour, bringing their serene, psychedelic offerings across America, Europe and Asia and making Taiwan proud every step of the way. Singing almost exclusively in English, their ‘80s inspired music has gained them a cult following outside the confines of a ‘Taiwanese artist’ branding, opening the possibilities for them to be accepted by global niches of synth-pop, psychedelic music, soul and more. This is one of my faves off their 2018 record ‘Cassa Nova’ combining smooth jazz saxophones, ‘80s synth beats, and soft rock guitar elements to evoke nostalgia along with feelings of an inner self that is on the verge of full bloom. Some higher-plane stuff indeed.

Rapper extraordinaire Poetek has been less active this year, but his alter-ego BOWZ豹子膽 has certainly been kept busy. First gaining attention within the underground hip-hop scene with his spitfire raps and exemplary diss battle records, the Golden Melody Award nominee has since cemented his place in the mainstream and independent scenes. Now, he’s taking his diss battles above ground as alter-ego BOWZ, kicking his campaign off with his first experimental work Fur Elise給愛麗絲, a blunt commentary on the decreasing quality of Mandarin music offerings. He does this cleverly, remixing the well-known ‘Fur Elise’ tune (which also happens to be the song Taiwanese people hear when the rubbish truck comes around) and spitting bars over it. The alter-ego also displays a lack of complacence at Poetek’s current status within the music industry, a refreshing sight in this day and age.

What happens when two of the industry’s most intriguing and talented new additions collaborate? Indie Jazz-R&B darling 9m88 and hip-hop/R&B swaggster ØZI have the answer for you before you’ve even processed that thought. Presenting B.O., the third single from ØZI’s 2018 album which represents an absolutely mesmerising fusion of the pairs’ talents and sounds. ØZI’s R&B soul may have been hidden under the surface with his first few introductions to the mainstream audience, but it’s come into full view here with those chill beats/bass and that to-die-for voice. 9m88’s signature jazzy, warm vocals and melodic hooks filter in around the two-minute mark alongside the sound of improvisational keys, kicking the party into full flow. One of the most unconventional, yet in-sync collaborations of 2018.

Making her comeback after a four-year break, the Mandopop princess’ first single from her latest album of the same name did not disappoint. Incorporating the use of vocal percussion and building up a bare bones arrangement into a full-blown anthem about body positivity. With an ever-dynamic arrangement, melodic hooks for days, the song not only has all the bells and whistles, but lyrics by Sodagreen frontman Wu Tsing Feng make Tsai’s cry for a less superficial society even more persuasive. A sort of sequel to her 2014 critically-acclaimed single ‘Play’, be sure to check out the visually gorgeous music video and see if you can spot how she’s referenced the latter. One of the best ways to close off 2018!

Ann Bai’s return to the Mandopop scene after four years is a welcome breath of fresh air. At this time of the year when eventual rest gives us space for reflection, we often take journeys to refresh ourselves and re-evaluate what next year might bring. Ann’s first single ‘Escaping the Mediocre Life’ is a perfect accompaniment for us on these little journeys or pockets of time, as accompanied by an uplifting, freeing arranged she sings not about hopes for the future, but what she sees for herself. Indeed, this is a simple song about taking control of your own life. Ann’s unique vocals breathe new life into the song through her signature pronunciation and vocal inflections; bringing our souls much needed respite to launch forth into the new year.

Although majority of the songs released in Mandopop are love songs, there are always a few standout gems that make all the rest of this rubbish romance trial and error worthwhile. Karen Mok’s collaboration with singer-songwriter Ronghao Li is one such example. Mok has always been the gold standard for an artist who does things tastefully, and with grace, and this song is no exception. A simple, small love song; no big orchestral arrangements needed is guided along slowly and steadily by the warmth in Karen’s voice, telling us that often love is not a hard and fast game. Instead, it is one that takes patience, hard work, and appreciating the small things. Like a little candle in the wind, this little love song can warm up the darkest nights.

The second piece of work that Li is affiliated with within this list, the singer has gone from strength to strength this year; consistently putting out songs within his signature boyish, yet poetic style. A song that walks the fine line between commercial success and musical integrity, ‘If I Were Young’ is a song that is magical in its ability to be subdued, yet evoke such strong emotions. The lyrics are written in a monologue, peppered with imagery of a mundane life that is coloured by regret that is guaranteed to twang those heartstrings. Li’s voice is oh so soft and comforting as he remembers the love that was shown to him in his younger years, and buoyed by the melody takes on a bittersweet edge in the chorus which uses the classic combo of electric guitar, strings and keys to the best of their well-worn ability. The music video, which stars Hong Kong veteran actor Lam Suet is also a brilliant must-watch.

Although the song’s name might immediately give you some Alphaville feels, Ai’s first single from the latest album reprises her indomitable skill at transposing human experiences into sonic works of art. Going with a simple but touching piano arrangement, Eve’s melody follows no solid pop conventions; yet flows seamlessly and takes you with it; filling the cracks in her raspy, raw vocals and etching itself firmly in ones’ mind. With self-penned lyrics which are tailor-fitted especially for this melody; mimicking every up, down and curve, the song documents the foolishness of youth, but reaffirms it as an important part of the human experience. For life is for the living, no? So why not live like we’re forever young?

As the name suggests, songwriter extraordinaire Tanya Chua has written a song for you, me and the world. Continuing her exploration of electronic music, Chua seems to have truly internalised the inner workings of the genre; fusing them with her ideas and vocals in a perfect, immiscible mixture. The melody starts low with nothing more that twinkles of static and keyboard chords before a slow build into Tanya’s version of a drop that leads head-first into a chorus that keeps on giving. It’s as if the song gathers up all dregs of negativity in the universe, before transforming them into something bright, brilliant and positive. That last chorus where the arrangement goes into a minor key is a genius move that continues to build the song past conventional boundaries while re-emphasising the succinct and much-needed message that life, although short, is always full of hope and possibility. Comforting, yet pushing us to always do better, the song is full of different textures and emotions, kind of like the prospect of a wet kiss. You may not want one, but it’s probably going to make you feel better. Definitely what the world needs after the year it’s had.

Listen to our shortlist here: 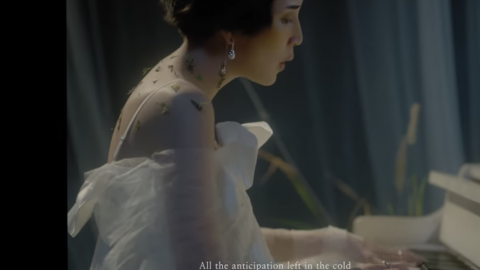